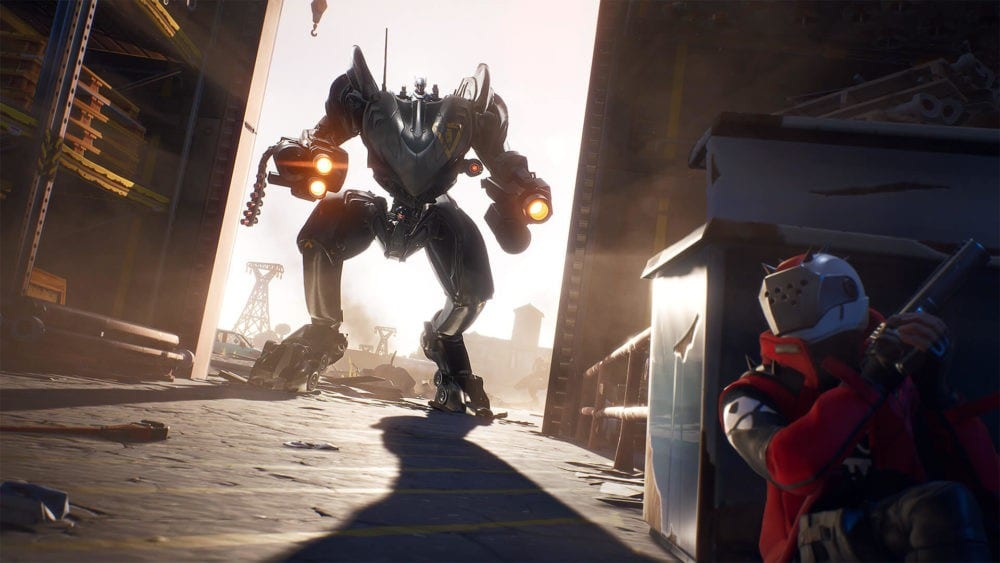 Epic Games has shared a blog post explaining the logic and reasoning behind introducing the controversial BRUTE mech into Fortnite following weeks of backlash from fans since it was introduced.

The news comes via a blog post over on the official Epic Games site, detailing Fortnite’s philosophy and how the BRUTE mech fits into this.

Epic acknowledged the “frequent discussion” surrounding the mechs before explaining that “the mission of Fortnite is to bring players of all skill levels together to have a fun experience where anyone can win.”

The blog post also notes that another part of that mission is to “provide spectacle and entertainment when playing Fortnite,” and ensure “there is always a new way to enjoy and experience the game.”

As such, the introduction of the BRUTE mech at the beginning of Fortnite Season X, the blog explains, was done so with this mission in mind.

Epic states that since its introduction, “players who had previously struggled with getting eliminations” have been getting more, while experienced players’ elimination counts weren’t affected.

Included above and below, the graphs suggest that BRUTE mech eliminations only make up a fraction of the total in each game, with Duos being the most affected game mode.

The post certainly suggests that Epic Games has no intention of removing the BRUTE mech from Fortnite, at least for the remainder of Season 10 (Season X). Whether or not its vaulted for the beginning of Season 11, however, remains a mystery.

Fortnite is available now on PS4, PC, Xbox One, Nintendo Switch, and mobile devices. You can check out our Season 10 guide wiki for tips and tricks for completing the various weekly Missions, should you need a helping hand.