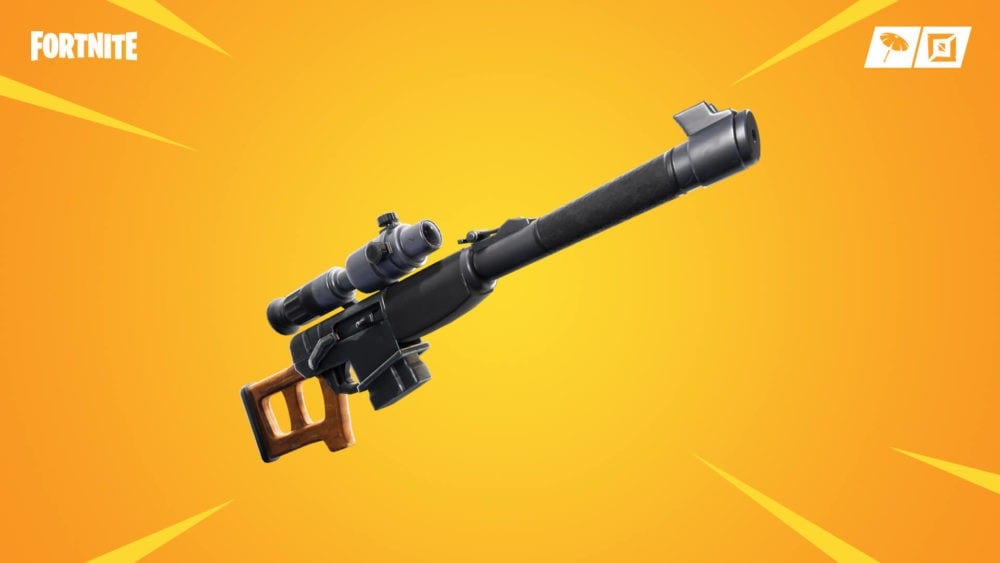 The first of Fortnite’s patches in Season 10 has arrived today, adding a new sniper into the arsenal of weapons, changing Neo Tilted into a Wild West settlement, and, much to the likely frustration of players, leaves the BRUTE mechs un-nerfed.

The patch notes, which come courtesy of the official Fortnite website, actually make no mention of the BRUTE mechs at all, which means players will likely have to wait another week for a tweak to the new vehicle.

In terms of what’s new in Fortnite’s 10.0 content update, the Automatic Sniper Rifle is a fully-automatic sniper which uses medium ammo and is available in Rare, Epic, and Legendary variants. While it’s damage is significantly lower than other snipers, coming in at 31/33/35 base damage for each respective rarity, its projectiles travel faster than other snipers.

Additionally, it’ll fire at four rounds per second, meaning you’ll be able to deal damage at about the same rate as other snipers in the game. It’ll use a reduced zoom scope, and can be found as floor loot, and from Chests, Vending Machines, Supply Drops, and Loot Carriers.

Continuing on the old and new theme of Fortnite Season 10, the latest update also changes up Neo Tilted, but it doesn’t revert it to classic Tilted. Instead, everything’s gone Wild West, where previously vaulted weapons — Double Barrel Shotgun, Six Shooter, Hunting Rifle, and Infantry Rifle — are now available, and building and harvesting materials is disabled.

It’s the first major impact of the Rift Zones that were hinted at at the beginning of the season, and Epic Games has suggested that plenty more named locations are likely to receive similar treatment as the season plays out.

Fortnite’s 10.0 content update is now available on PS4, Xbox One, PC, Switch, and mobile devices. If you’re looking for a helping hand with the new Season 10 missions or Battle Pass, be sure to check out our Fortnite Season 10 guide wiki.