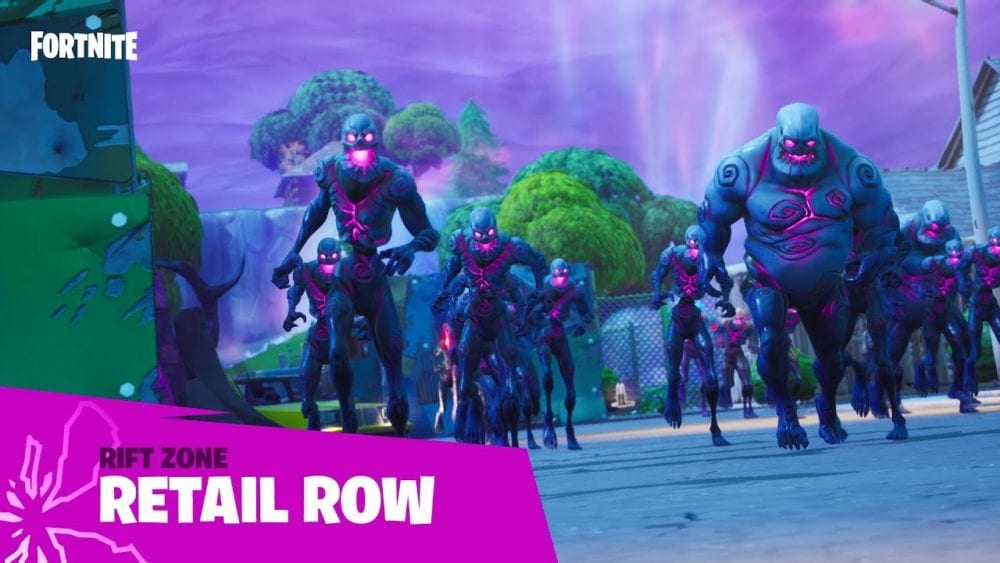 Epic Games is continuing to bring back classic named locations to Fortnite’s map with a bit of a twist, with Mega Mall getting switched out for a fiend-filled Retail Row in the 10.10 content update.

The news comes via a post over on the official Epic Games site, detailing the contents of the new v10.10 patch in Fortnite. Following Neo Tilted being turned into a western-style Tilted Town where no building and harvesting were allowed last week, the Rift Zone has now turned its focus to Mega Mall, transforming it back to Retail Row. The difference is, the zombie-like Fiends have invaded.

As you can see in the little clip above, Fiends have well and truly taken over Retail Row, adding in yet another slight gameplay change to one of Fortnite’s named locations. Fiends may drop weapons, ammo, or consumables and will charge at players who land in the named location, but won’t be able to venture outside of the Rift Zone surrounding it.

Outside of the map change, Fortnite’s 10.10 update also makes some changes to weapons and items. The Infinity Blade has been unvaulted for the Sword Fight Squads and Duos LTM, and the number of resource stacks from chests in Tilted Town has been increased from one to three.

The big change everyone wants to hear about, however, are the changes to the BRUTE mechs, which have been controversial to say the least since their introduction at the beginning of this season. We’ve included all of the BRUTE changes down below:

It’s certainly not the massive nerf that players had been hoping would come as part of this update, but only time will tell whether these will be enough to help the mech feel less overpowered in the grand scheme of things.

Fortnite’s v10.10 update is available to download now on Xbox One, PS4, PC, Nintendo Switch and mobile devices, but downtime is currently ongoing, so you won’t be able to jump in just yet.