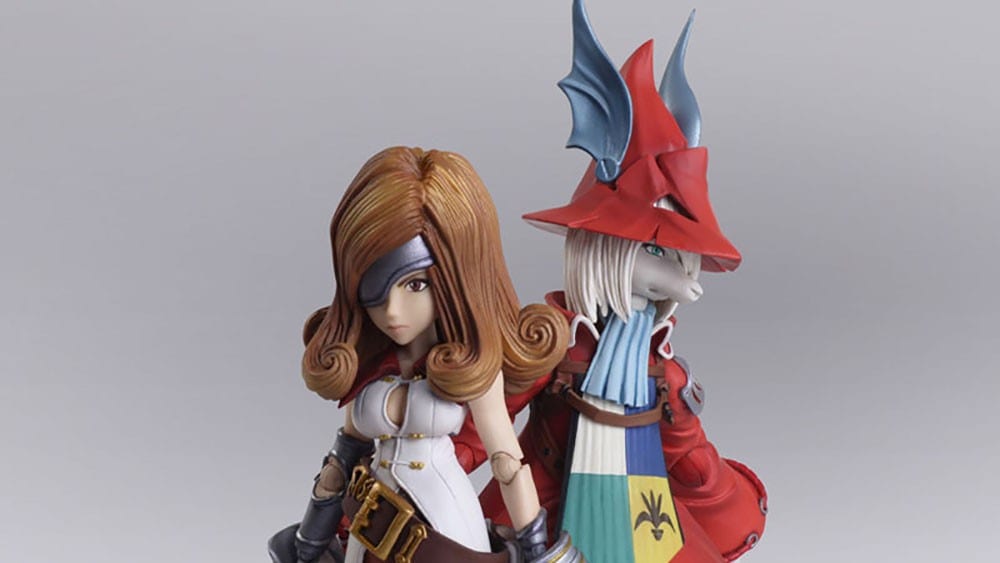 If you love Final Fantasy IX, Square Enix is expanding its range of dedicated action figures from its Bring arts brand.

This time around we get Beatrix and Freya, which have been made available for pre-order at several Japanese retailers including AmiAmi.

They come together as a pair for 15,820 yen, which translates into approximately $150.

The release window is December 2019.

As far as I am aware neither figure is available separately. Square Enix seems to like selling its Final Fantasy IX range only in pairs for some reason.

As usual for Bring Arts figures, they are fully posable and they come with additional weapon, alternate faces with different expressions, hands in different positions, and two bases since this kind of action figure struggles standing upright on its own.

If you want to see what they look like, you can check out the gallery below.

If you’re interested in more Final Fantasy IX Bring Arts figures, you can check out the Zidane & Garnet pair and Vivi & Adelbert, which are coming respectively in September and November 2019.