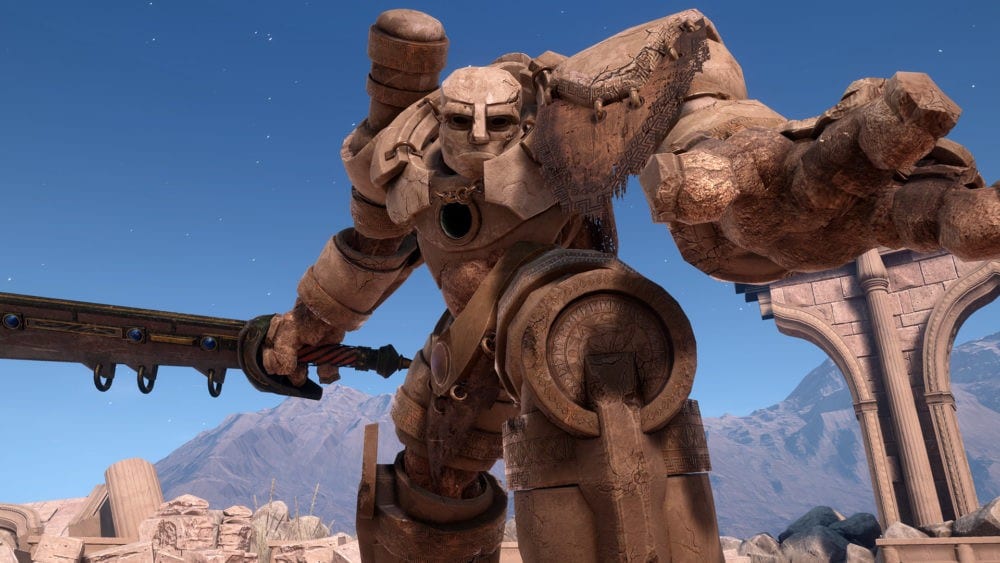 Highwire Games has revealed that their PlayStation VR exclusive title, Golem, will launch physically and digitally this fall, following a long delay.

Highwire Games is made up of Martin O’Donnell, Vic Deleon, and Jaime Griesemer, who used to work at Bungie, Jared Noftle, who is co-founder of Airtight Games, and Travis Brady who worked at Valve.

Ever since Golem’s first reveal, it has been a highly anticipated PSVR game and it was initially given a release date of March 13, 2018, but it was delayed not long before that date.

Then, earlier this year, it was supposed to re-emerge but it was still pretty quite.

Now, at the start of Gamescom week, it has resurfaced with a fall release window.

If you’re not familiar with it, the game’s description reads, “In Golem you take on the role of Twine, an adventurous kid who has been left critically injured by a serious accident.”

“While you can’t leave your bed, you develop an extraordinary ability to create and control large stone golems and see the world through their eyes.”

It will see you explore the game’s world using the “innovative free movement control scheme,” taking on the enemies that roam in melee combat.

It’ll also feature music composed by Marty O’Donnell, who created the music on the Halo series and Destiny while he was at Bungie.

Griesemer, Golem’s Creative Director said in a statement: “It’s so gratifying to see our original vision for Golem come together into a full experience.”

“We’ve really had to push ourselves and the technology, but I think the game is beautiful and I can’t wait for everyone to be able to play it. And we’re pretty old school, so it won’t feel ‘finished’ for us until we see it on store shelves.”

A physical version of the game will also be released in Europa and North America, which will include a song called “Echoes of the First Dream” which the publisher Perp Games referred to as a “musical prequel to the game.”