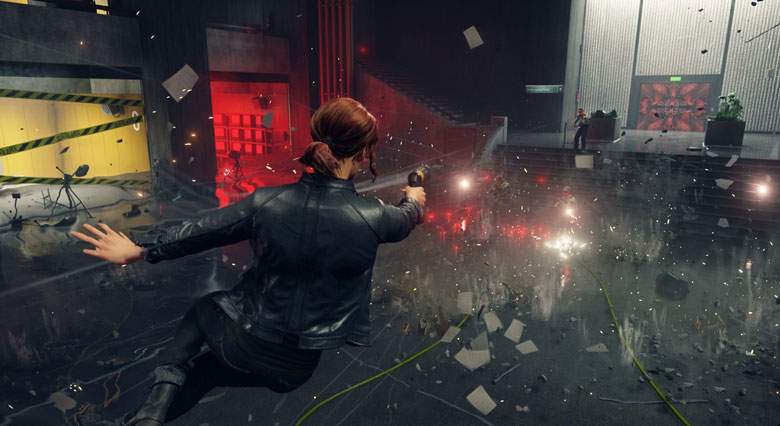 If you’ve been looking forward to jumping into Jesse’s adventure in Control, chances are you might have preordered the game. If you have, then lucky you, you’ve got a crafting resources pack and tactical response gear preorder DLC to download. Here’s how to redeem preorder DLC in Control.

How to Redeem Preorder DLC in Control (PS4, Xbox One, PC)

Depending on what platform and edition of Control you’ve gone for, you could have any of the following in-game items to redeem:

As you can tell, the PS4 version of Control gets a bunch more preorder DLC and bonus content than the other platforms, there’s still a few bits across all platforms though.

Now that you know what you’re getting, let’s talk about how to redeem it. If you’ve downloaded Control digitally, your preorder DLC will automatically be downloaded alongside your copy of the game.

However, those who purchased a physical copy of the game will have to redeem a code that either comes inside the box, or as a print-off receipt slip, or via email. Redeem your DLC code for Control via the steps below:

Redeeming Preorder DLC on Xbox One

How to Get Control Preorder DLC In the Game

Now that you’ve redeemed your codes, you’ll be wondering how you actually get the DLC content. Any outfits that you get can be changed into by heading to any of the Control points in the game. From here, choose the ‘Outfit’ option and select the DLC costume you want to change into.

As for the crafting resources pack and weapon mods, Jesse will simply have access to these from the beginning of the game. It might just take you a while to unlock the ability to use them in Control.

That’s everything you need to know on how to redeem preorder DLC in Control. For more tips, tricks, and guides, be sure to check out our ever-expanding guide wiki.