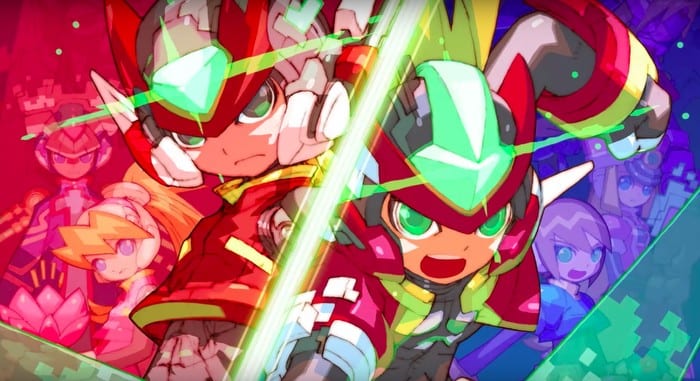 Capcom is bringing the Mega Man Zero and ZX games to modern consoles with a new collection, though it’ll be a bit of a wait before it’s out.

In a post to the Capcom Unity blog, it was revealed that the Mega Man Zero/ZX Legacy Collection was currently in the works and slated for release on Jan. 21, 2020 on PlayStation 4, Xbox One, PC and the Nintendo Switch.

The collection includes every Mega Man Zero and ZX title in one package, as well as several new features like remixed tracks for select stages from every game, a music player and a new Z Chaser gameplay mode.

The Zero/ZX Legacy Collection will likewise feature new visual options for every game, including visual filters and alternative screen layouts.

Specifics on what these new features would look like, as well as details on the new Z Chaser mode, were not specified in the post. However, more info is set to be revealed as the collection approaches its January release.

To top it all off, a trailer showing the game in action was released alongside the announcement. It can be viewed in its entirety below.

The collection marks the latest release tied to the Mega Man franchise, which has seen plenty of love in the past few years.

The Mega Man X Legacy Collection saw a western release in 2018, teasing a new entry in the series via its soundtrack. A few months later, Mega Man 11 saw its worldwide release, receiving general praise and acclaim from fans and critics alike.

We found Mega Man 11 to be an exemplary title ourselves, and you can read our full review of the title here.

Likewise, check out our list of every mainline game in the Mega Man series ranked from fine to phenomenal.