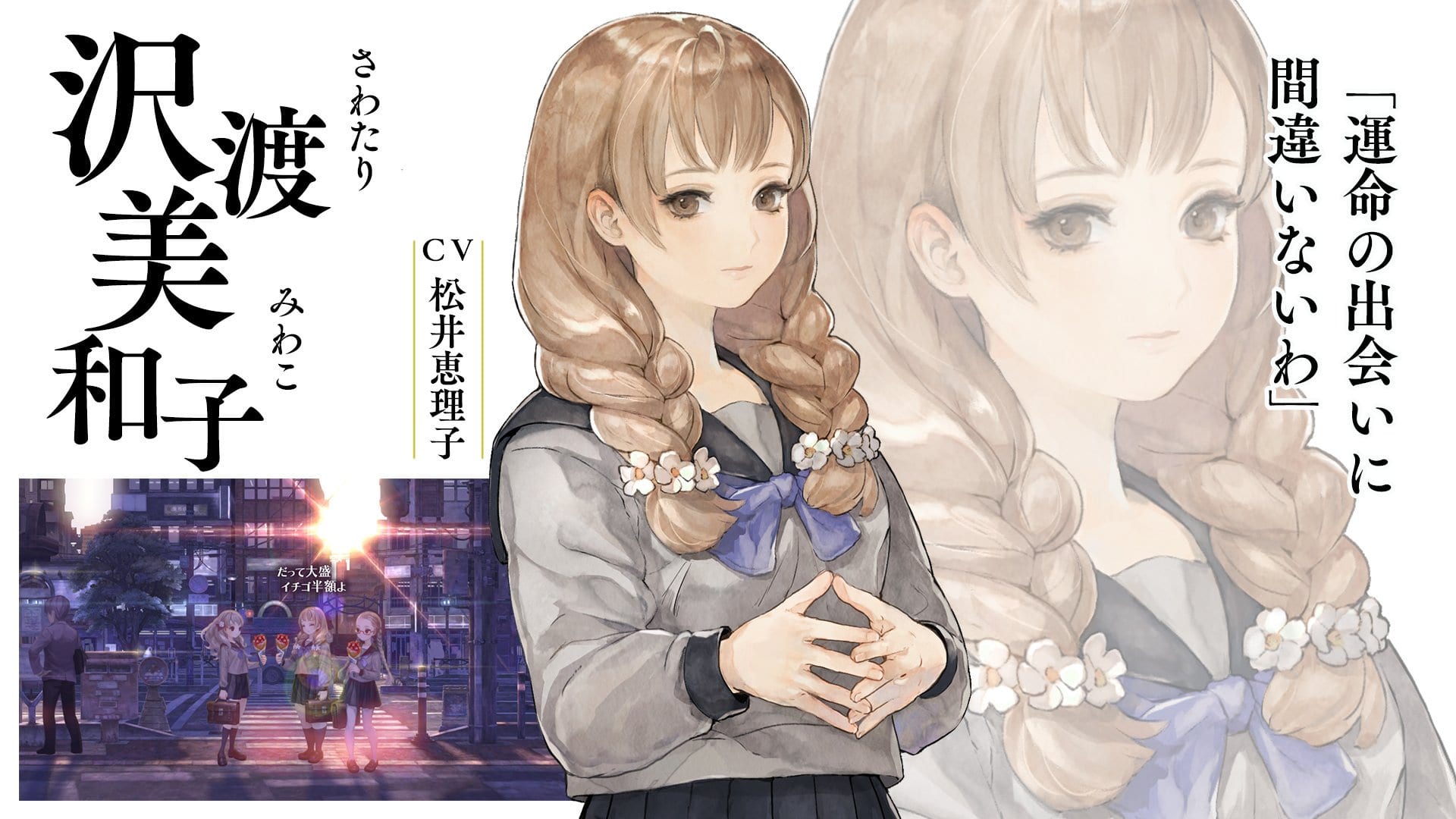 Atlus and Vanillaware have been revealing new assets and information about the upcoming game 13 Sentinels: Aegis Rim.

First of all we get a new look at gameplay, including both the adventure and the battle parts in a new video. You can watch that at the bottom of the post.

We also get the reveal of three new characters.

Miwako Sawatari is modest and gentle girl that often goes to have a snack with our heroines on the way back to school. She’s a bit self-conscious about being chubby.

Kyuuta Shiba loves science fiction and movies with special effecs. He’s a bit messy and naive, but tends to be a mood maker. He also appears to have some magical powers.

Tsukasa Okino is a genius high school student with an extremely high IQ. He created a variety of tech including the game’s mecha.

We also learn that the game will be playable at Tokyo Game Show with a special demo that includes both the battle part and the adventure part.

You can check out a couple of screenshots from the demo in the gallery below, alongside images of the characters mentioned above.

If you want to see more, you can check out the previous gallery of screenshots, more images and artwork, another gameplay reveal, and an earlier trailer.

13 Sentinels: Aegis Rim releases in Japan on November 28, 2019, exclusively for PS4. A western release has also been announced a while ago, but we don’t know much about it just yet.