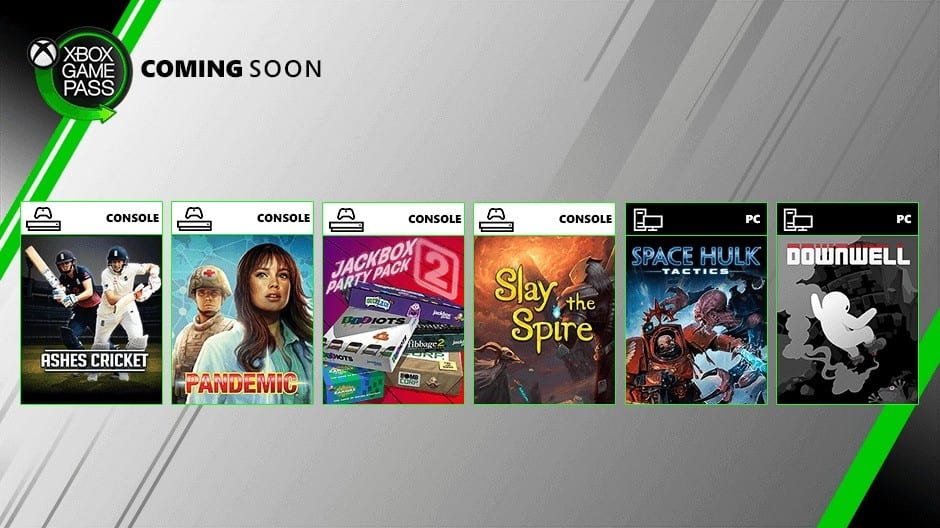 Starting August 1st, Xbox Game Pass owners will be able to play Ashes Cricket, Pandemic, and Downwell with their subscription. Ashes Cricket, as the title suggests, is a sports game where players can experience all the “fast-paced action, big hits, and skill” of cricket. This pastime might not be as popular in America as baseball, but Ashes Cricket gives curious gamers a taste of the game.

Pandemic, on the other hand, is a digital recreation of the board game of the same name. Players take the role of various medical professionals as they work to prevent an epidemic of global proportions. It’s a race against the clock as gamers try to save the world from a terrifying, plausible threat.

Meanwhile, Downwell is a pixelated roguelike where players have two goals: dive as deep as they can into a well and kill as many enemies as possible with their gunboots. Gamers uncover treasures and secrets as they fall, die, and fall again.

On August 8th, Microsoft will add Jackbox Party Pack 2 and Space Hulk Tactics to Xbox Game Pass. Jackbox Party Pack 2 is little more than a collection of quick party games that require an Internet connection and a phone/tablet, but these are some of the most hilarious games you will ever play. Perfect for game night with friends and family, Jackbox Party Pack 2’s games will have everyone in stitches.

Space Hulk: Tactics, much like Pandemic, is a board game translated into video game form. Not to be confused with the team-based FPS Space Hulk – Deathwing, Space Hulk: Tactics, is all about planning as players try to outmaneuver and outlast their opponents. Players can control either large, bulky Space Marine Terminators or quick and savage Tyranid Genestealers in a must-play for any Warhammer 40K fan.

The final game coming to Xbox Game Pass in August, Slay the Spire, will be available on August 14th. This game is an eclectic mix of genres, combining card-based combat, RPG classes and choices, and roguelike death mechanics. As players progress through a run, they collect cards to expand their library of skills and develop devastating card combos, then use their knowledge in subsequent playthroughs. If you ever wondered what a modern Magic: The Gathering video game would look like with a dedicated single-player mode, Slay the Spire will give you a good idea.

For the latest Xbox Game Pass news, stick with Twinfinite.