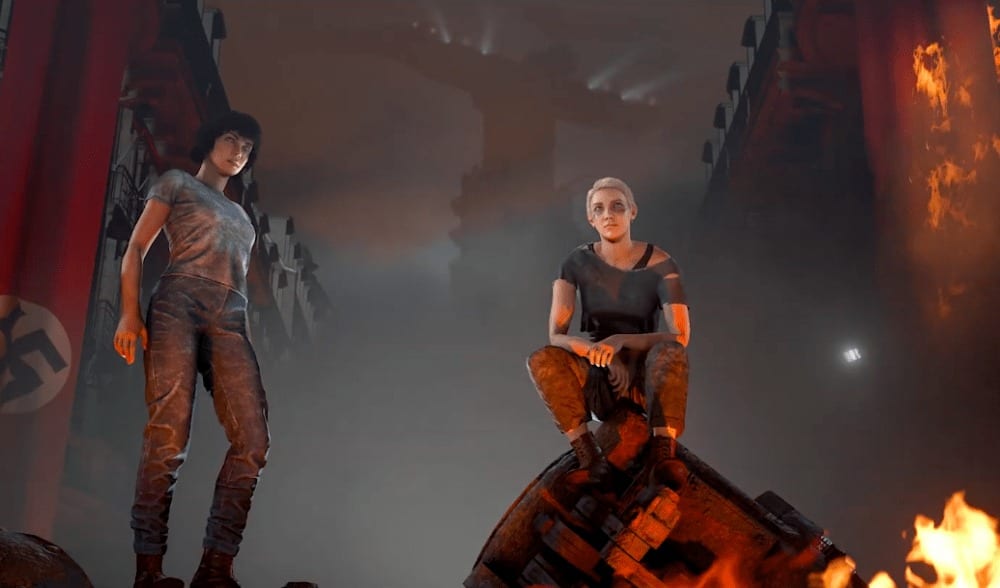 Wolfenstein: Youngblood has received its launch trailer, and its jam-packed with action set to a narration by everyone’s favorite Nazi killer.

Streamed by Bethesda Softworks on July 24, the trailer sees B.J. Blazcowicz recording a message to his daughters, Jesse and Zofia, against footage from the previous game in the series.

In it, he speaks of the monsters that lurk out in the world ready to hurt them, and how they’re wolves who are more than capable of fighting back against them.

From there, the trailer moves into cuts of action segments from the latest game. Jesse and Zofia can be seen tearing through Nazi soldiers with gunfire, knives, and bullets redirected with some power tied to their combat suits.

It all happens a a break-neck pace, with the characters slipping, sliding and firing around areas in a stream of action-packed violence.

They can likewise be seen conversing with and working alongside allies new and old, including Wolfenstein II’s Grace Walker and her daughter, Abby.

The trailer ends with a brief clip of the sisters reuniting with their father, and the three agreeing to stand and fight together as Nazis swarm their location.

It’s a wild ride, made all the better by the ’80s music and aesthetic applied all throughout the teaser. Those interested can see the trailer in all of its glory below.

In it, B.J. Blazcowicz’ twin daughters must set out to find their missing father in Nazi-occupied Paris. While they’re there, they find themselves pulled into the fight to liberate the country from Nazi rule and bring the regime one step closer to collapse.

Youngblood is currently slated for release on July 25 on PC and July 26 on PlayStation 4, Xbox One and Nintendo Switch. For more on the game, check out the action-packed trailer shown off at E3 2019.