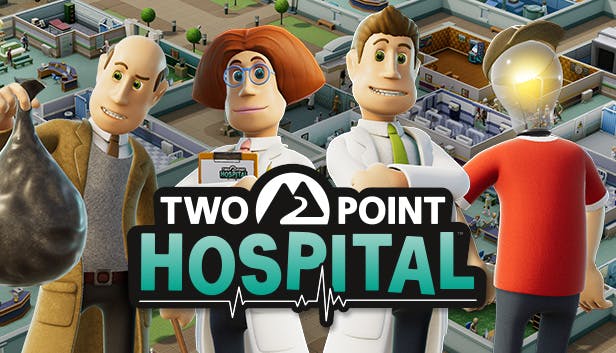 The announcement video below showcases the various activities that players can expect to embark on when they download the game later this year.

At its core, Two Point Hospital is a business simulation game where players are in charge of running their own clinic. For anyone that has played similar games in the past, such as Theme Hospital, will find the game to be extremely similar but also vastly improved over its predecessors.

In the game, players are tasked with managing various hospitals, creating new rooms, curing illnesses, and hiring (or firing) your staff as they navigate through the tougher challenges in order to create the most efficient clinic possible.

The game was met with positive reviews when it first launched on PC back in 2018 for being a love-letter to games like Theme Hospital and Sim City. Its goofy humor takes what can be a grim subject matter and gives it a lightheartedness that makes the game a joy to play.

Two Point Hospital gives players the freedom to tackle challenges using their own creative design and provides rewards based on how well the player does. Whether you are hiring new doctors or nurses to increase efficiency or decking out your waiting room to improve patient happiness, Two Point Hospital has challenges for people of all skill levels to enjoy.

Two Point Hospital is available now on Steam for $34.99 and will head to Xbox One, PlayStation 4 and Nintendo Switch Consoles in late 2019.