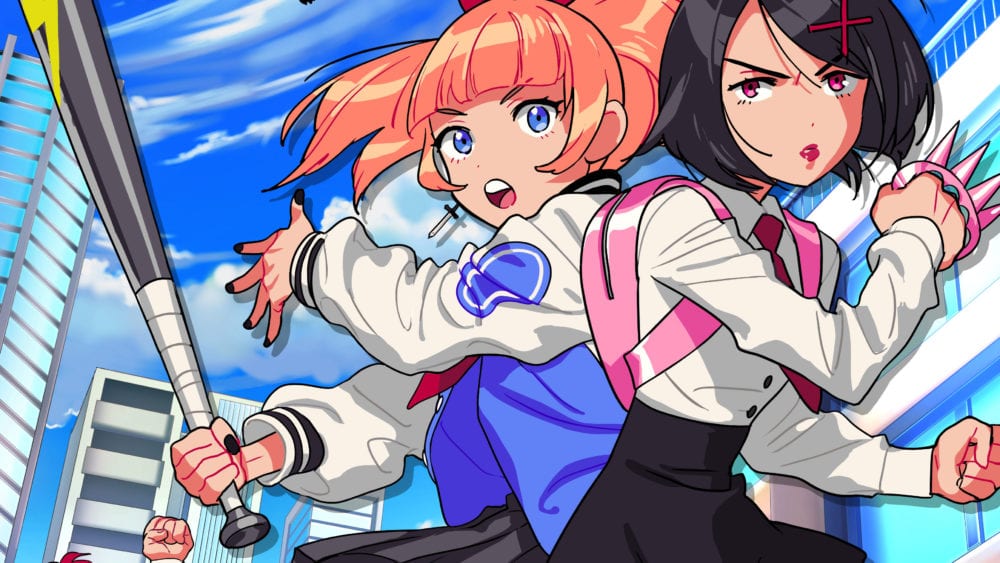 Today Wayforward reached out with a press release to announce the release date of its upcoming beat-’em-up River City Girls.

The game will launch on September 5 for PS4, Xbox One, Nintendo Switch, and PC. It’ll cost $29.99, and it’ll support two-player co-op.

If you’re curious about the game, you can read an official description and feature list below.

Offering a new generation of old-school action, independent video game studio WayForward is ecstatic to lift the curtain on its upcoming co-op beat-’em-up, River City Girls. Developed by WayForward and overseen by the fighting-game experts at Arc System Works, this latest entry in the long-running River City (AKA Kunio-Kun) franchise is scheduled to hit Nintendo Switch, PlayStation 4, Xbox One, and PC this September.

The one- or local two-player bare-knuckle brawling is complemented by spectacular 16-bit-style graphics and an epic synth-pop soundtrack (featuring NateWantsToBattle, Chipzel, Christina Vee, and Megan McDuffee!), while the story roars to life via glorious anime cutscenes and manga-style intermissions.

Rated E10+ by the ESRB, River City Girls will be available digitally via the Nintendo eShop, PlayStation Store, Xbox Live, Steam, GOG, and Humble Bundle at the price of $29.99, while a physical version will also be available from Limited Run Games (price and release date TBD).

You can watch a trailer below, alongside the first screenshots and the key artwork.