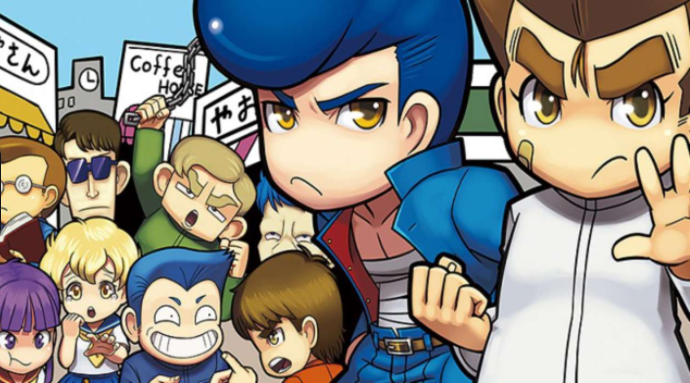 Publisher Natsume has announced that River City: Rival Showdown will be available for North American gamers to download this November. The title will only be available on Nintendo’s family of 3DS systems and will reportedly be $29.99 when it does arrive in The States.

The game will be purchasable in both digital and physical forms, and for a limited time, when players pick up a retail version of the game, along with the standard cartridge and case, the physical copies will also include a special, limited edition key chain.

For those looking for more information about the game, River City: Rival Showdown is being released to celebrate the 30th Anniversary of the Kunio-Kun series and is a reimagining of River City Ransom that will now include multiple story branches and numerous endings. And what is the story? It involves the disappearance of one character’s girlfriend and it is on the shoulders of Kunio to find out what happened in this hybrid beat-em-up RPG.

The game also features a new fighting system that promises to be more dynamic, as well as a handful of features that changes how the game is played. River City: Rival Showdown will now have a day and night cycle, special moves, multiple difficulty settings, and local co-op for two players.