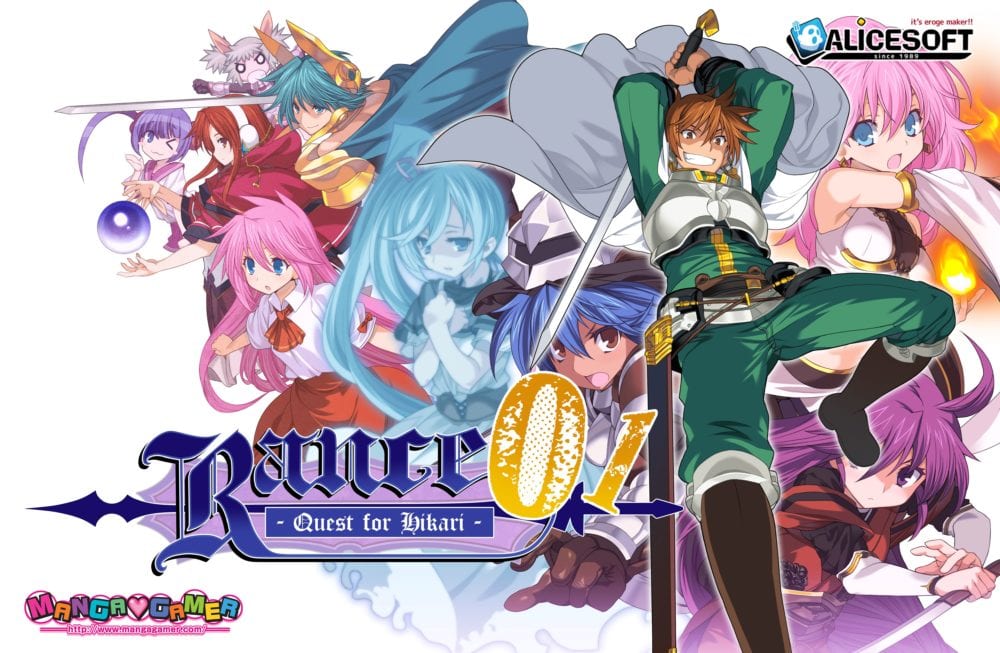 Today Mangagamer provided an update for the translation and editing status of several of its projects including the recently-announced Rance 01: Quest for Hikari and Rance 02: The Rebellious Maidens.

We learn that Rance 01 is already 100% translated, while 02 is halfway into the process.

If you’re unfamiliar with Rance 01 and 02, you can read a description below directly from the publisher:

“A remake of the very first, original Rance for modern fans of the series, this new version comes packed with an expanded story, updated graphics and audio, and an updated battle system too! The cards are all in your hands as the warrior Rance ventures out to find hot chicks to bang and sets his sights on Hikari, a daughter of a noble family in the Kingdom of Leazas who has gone missing from her home! Brave forests, caves, and dungeons, fighting powerful foes and traps with weapons and combos at the ready! Will Rance succeed on his quest to save the girl, or will he fall to any of the terrible fates awaiting him at wrong turns?! The better question—how many other women will he win a round with along the way?!”

“With the town of Custom entombed underground and sealed by a barrier, the guild issues a quest to save the town, and mighty Rance is on the job! In this turn-based, top-down dungeon crawler, Rance is off to defeat the four rebel witches that have endangered the town! Yet all is not as it would appear. What caused these witches to rebel in the first place? What are the “cursed rings”? What dark truth is waiting to come to light when Rance’s conquest is complete?!”

A firm release date for the release (which will come on PC) still hasn’t been announced.

Speaking of release dates, Ciconia When They Cry has been delayed to late September.

Ryukishi has provided an update for Ciconia When They Cry: “The script is done, but due to the sheer size of the project and necessary system adjustments needed for release, Ciconia’s now estimated to finish production in late September!”https://t.co/OSIH2OqX6v