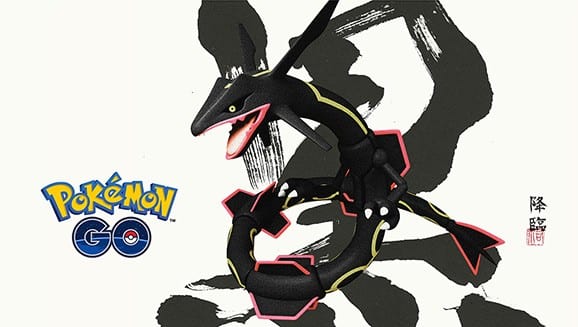 Armored Mewtwo was a bit of a letdown, but now the much more formidable Rayquaza is returning to Pokemon Go legendary raids starting on July 31. Whether you’re building up your team of Dragon-type attackers, or if you’re just a shiny hunter, this is one raid you won’t want to miss. You have until Sept. 2 to get this Pokemon, so don’t waste any time and get out there. While you’re out catching this dragon, here’s all the information you’ll need on Rayquaza’s raid, stats, counters, weaknesses, and best movesets.

How to Get Rayquaza in Pokemon GO

Meet up with a couple of friends and take down this beast using your strongest Ice-type Pokemon. You may only need one friend to take on this raid. Rayquaza is overwhelmingly powerful, but its four times weakness to Ice is a welcome trait as the past handful of legendary raids have required at least four trainers.

Once you put this big green sky serpent into cryostasis with Blizzards and Ice Beams, then you’ll get your shot to catch the Sky High Pokemon. Like always, you’ll want to stock up on Golden Razz Berries since you might not get another shot at this dragon any time soon.

Powerful Ice-types are much more plentiful than they were when Rayquaza initially released, but that doesn’t mean that just any Pokemon will do. Yes, Mamoswine is the king of counters here, but chances are you won’t have a full team of them even after the Swinub community day we had earlier this year.

Let’s take a look at which Pokemon will give you the best opportunity to fell the legendary Pokemon, Rayquaza:

Alternate Combos to Use

Rayquaza’s fantastic moveset and ridiculously high attack stat makes it undoubtedly the strongest Dragon-type in Pokemon Go. However, as evidenced by the raid, you’ll still need to be incredibly careful with this beast around Ice-types.

Rayquaza is often thrown into the list of counters for any Pokemon that doesn’t have Ice or Rock moves just because it has such overwhelming strength.

There’s no getting around the fact that Rayquaza is just plain trash against strong Ice-type Pokemon. It’s a bit more durable against its other weaknesses: Rock, Dragon, and Fairy. However, that double super-effective hit from an Ice attack hits deep to Rayquaza’s Dragon/Flying-type core. Besides that, this legendary Pokemon doesn’t have much else to fear.

Sure, Rayquaza’s stats are legendary, but its moveset makes it the best Dragon and the best Flying Pokemon in the game. Here are Rayquaza’s fast attacks:

Both of those are solid moves to make a good attacker, but it’s the charge moves that do the big damage for Rayquaza. Here are its charge attacks:

That moveset is impressive but without the base of solid stats, those moves would mean nothing. It would just be an annoying Pokemon that has great moves wasted on sub-par stats. Luckily, that’s not the world we live in.

The only stat I would improve here is HP. If you’re not going to give Rayquaza good defense, then a buff might help, but it would be more beneficial to focus on one decent stat and make it better. Then again that would run the risk of making Rayquaza too powerful. Here are Rayquaza’s base stats:

That’s all there is to know about Rayquaza’s raid, stats, and moves. If you’re looking to learn more about the game, then check out our collection of guides in our Pokemon Go Wiki.