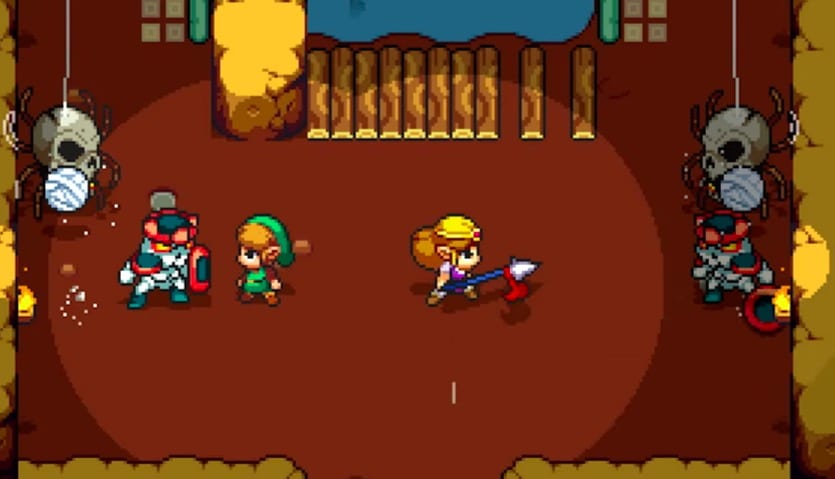 Nintendo UK has released an accolades trailer for Cadence of Hyrule: Crypt of the NecroDancer Feat. The Legend of Zelda (that’s a mouthful).

The trailer shows off multiple quotes from several different outlets, praising the indie game for its delightful soundtrack and its satisfying, toe-tapping rhythmic gameplay.

For those that weren’t aware, Cadence of Hyrule is an indie title developed by Brace Yourself Games and published by Nintendo that uses the same framework as Crypt of the NecroDancer but with a Legend of Zelda skin on top of it.

You get to explore Hyrule, collect weapons and other useful items, but the challenging gameplay will test your skills.

Every enemies movement on the field is tied to a rhythm and if you attack and move on the correct tempo, you gain rewards –fail to play to the beat of the music, and you will face severe repercussions.

For more on Cadence of Hyrule: Crypt of the NecroDancer, you can read our glowing review of the game right here.

You can also read our opinion on why multiplayer is the best way to play and read about five other Nintendo games that should get rhythm-based spin-offs.

You can watch the Cadence of Hyrule accolades trailer down below: