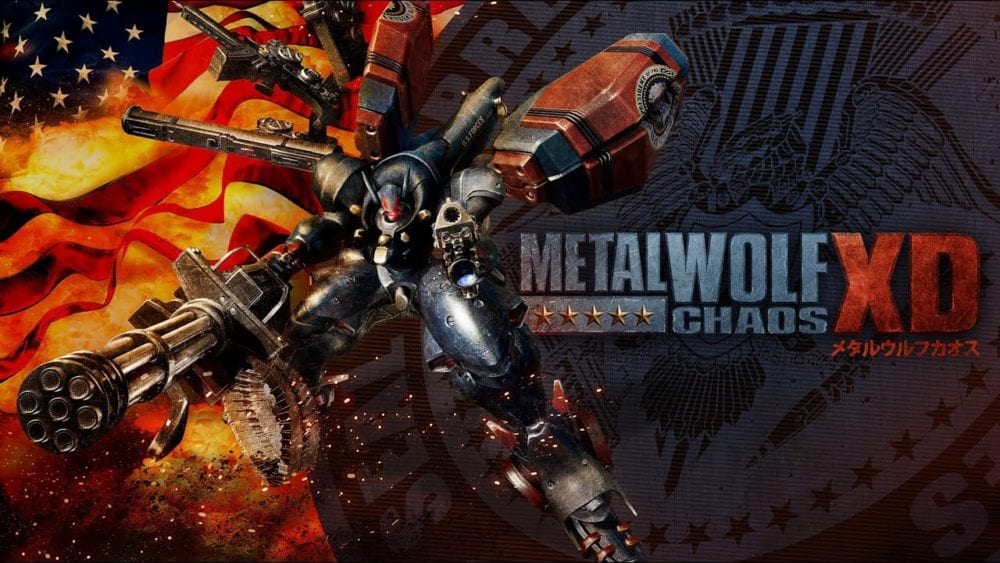 Metal Wolf Chaos XD, a remastered version of FromSoftware’s classic third-person mech game, is coming to PS4, Xbox One, and PC Aug. 6, as announced today via a new gameplay trailer.

For fans of mech games, the announcement of an updated western version of Metal Wolf Chaos at E3 2018 will have come as a very pleasent surprise. The cult classic originally launched in 2004, but only for the Japanese market.

An accidental early listing of the game’s Aug. 6 release date on the Microsoft store was actually spotted yesterday. Its release date wasn’t entirely unexpected anyway given that publisher Devolver Digital had teased the announcement via Twitter last month.

If you’re not up to speed with the frenzied action of Metal Wolf then do check out the below trailer. It’s full of over-the-top patriotism, cheesy dialog, and some absolutely mental gunplay. It’s par for the course when it comes to Metal Wolf games, but newcomers might need a second to let their eyes and ears adjust to the spectacle.

If you’re still a little lost of watching the above then here’s a breakdown of the game’s story taken from its official description:

“The country is in peril as President Michael Wilson defends the nation against a full-scale rebellion led by Vice-President Richard Hawk and the mechanized legions he commands.

As the 47th President of the United States, it is your sworn duty to take your country back by any means necessary and end this unjust coup d’etat! Battle in your advanced mech – armed to the teeth – across iconic American landscapes including the Brooklyn Bridge, the Grand Canyon, and the front steps of the White House.”