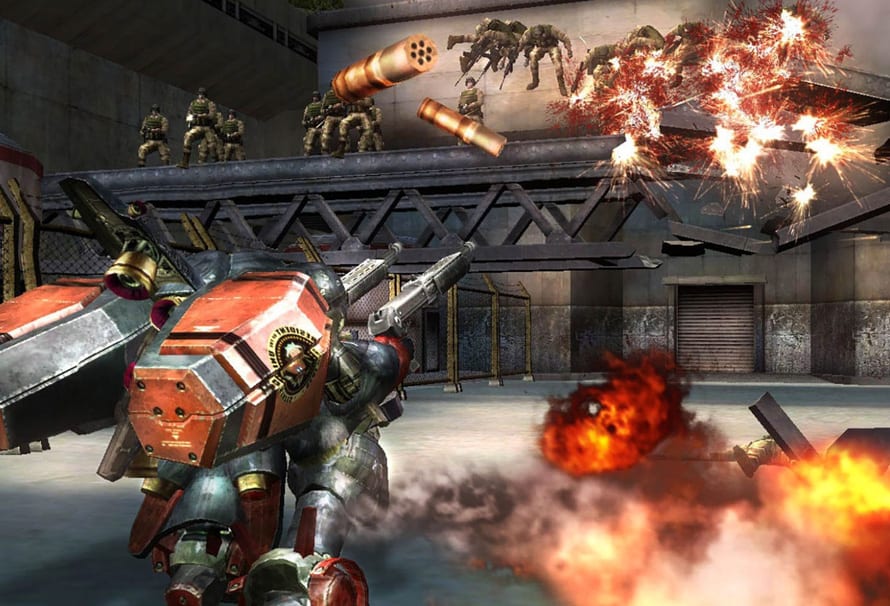 Devolver Digital took to their Twitter account today to announce that more information and a release date would be coming for Metal Wolf Chaos XD after E3.

Fans of the original Xbox cult classic developed by FromSoftware were surprised to not see anything about the game during Devolver Digital’s wacky E3 press conference last night, especially considering that it’s slated to release in mid-2019.

Recently seen on the official Devolver Digital Store, fans of Metal Wolf Chaos can also check out a new ten-inch figure of Michael Wilson and his epic mecha.

The figure is beautifully crafted with all the details of Michael Wilson’s mech being shown to a meticulous detail with all of his weapons sprawled out while he stands on a giant Presidential symbol modeled after the actual Presidential symbol of the United States of America.

Currently, the figure is not available for purchase, but gamers looking to pick it up can sign up to be notified by email when the figure becomes available.