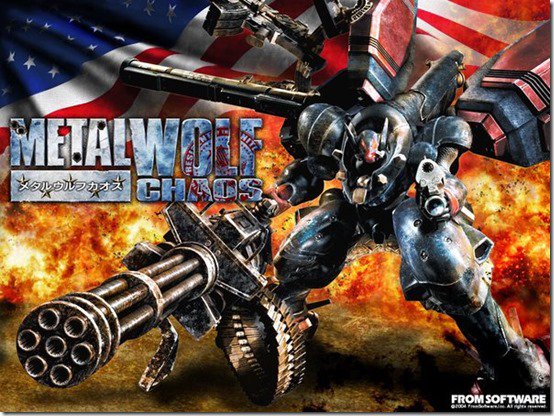 Devolver Digital confirmed during their bloody, sanity-questioning press conference at E3 2018 that they’d be publishing the cult classic From Software game, Metal Wolf Chaos, for the first time in the West.

Among all of the madness that took place at Devolver Digital’s “big fancy” pres conference at E3 this year, their announcement concerning Metal Wolf Chaos was still somehow one of the biggest surprises. The company closed out their conference by announcing that they will be publishing the original Metal Wolf Chaos in the west for the first time in the game’s history, finally bringing the cult classic story of the president defending America in a giant mech-suit to Western shores.

Metal Wolf Chaos is a game that was developed by From Software in 2004, back before the age of Dark Souls when they were far better known for producing Armored Core games. The game centers around a comically fictionalized version of the state of United States, and has the President defending the country from threat in a gigantic mech-suit dubbed “Metal Wolf”. The game was only ever released in Japan, though was still for some reason dubbed entirely in English, and over time became a cult classic due to it’s over-the-top story and high-octane 3rd person mech-shooter gameplay.

The game will feature updated graphics, widescreen format, and the “classic voiceover” that fans of the game have come to love for it’s overt dramatic cheesiness. The game is being restyled as Metal Wolf Chaos XD, and is planed to be release on Xbox One, PS4, and PC later this year.