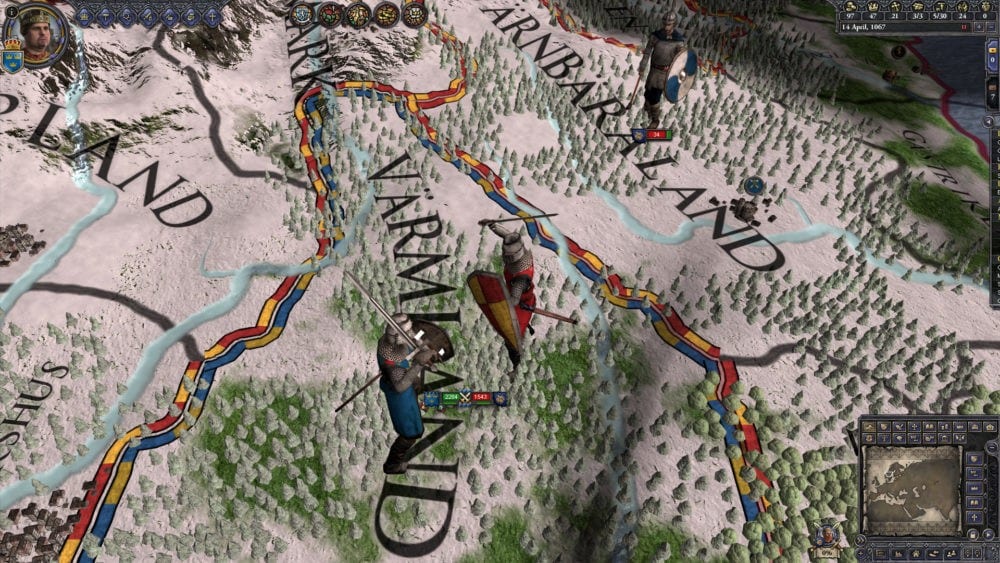 The latest bundle from Humble Bundle offers the 2012 Paradox strategy and RPG game Crusader Kings II and a lot of DLC, including the most recent expansion released last November.

The first tier of the bundle bought at $1 or more includes the base game of Crusader Kings II alongside these expansions: The Old Gods, The Republic, Sunset Invasion, Legacy of Rome, and Sword of Islam.

The second tier by paying more than the average unlocks the following expansions: Horse Lords, Way of Life, Charlemagne, Rajas of India, and Sons of Abraham. The average is currently a little above $11 at the time of writing.

The last tier for paying $15 or more adds more these downloadable content: The Reaper’s Due, Jade Dragon, Monks and Mystics, Conclave, and the latest expansion released in November 2018 for the seven-year-old game, Holy Fury.

Crusader Kings II itself retails for $39.99 and the following DLC can cost between $4.99 and $19.99, while the Royal Collection bundle on Steam that contains the 15 expansions is about $200.

The bundle does not include all the DLC from the game, but the rest is mostly reskins of soldiers, other customization options, and music packs.

Like previous Humble Bundles, such as the currently ongoing Humble Hooked on Multiplayer Bundle, a portion of the purchase can be split between the publisher, a choice of charity, and Humble itself.