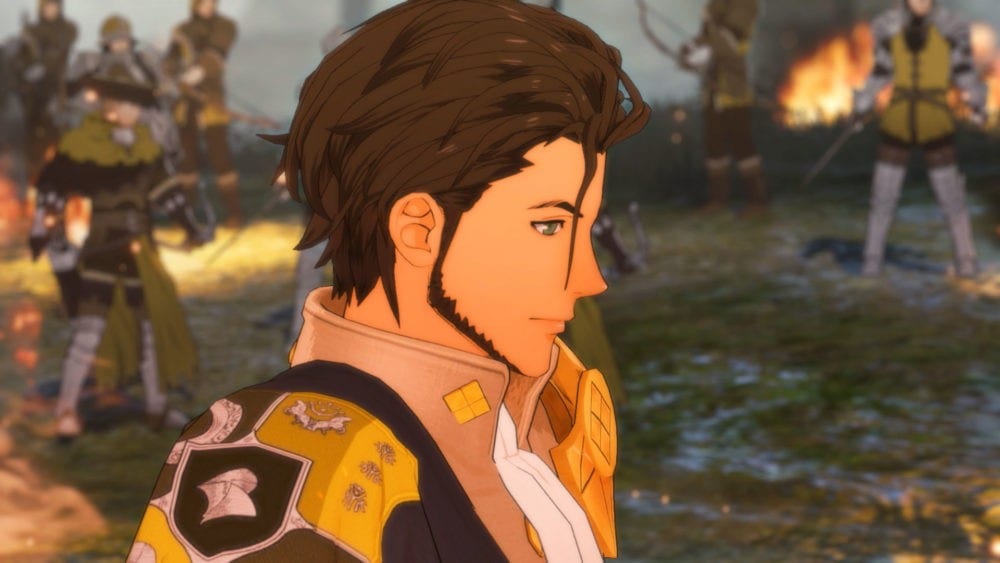 Fire Emblem Three Houses is one of the newest Nintendo Switch titles and it actually has a feature that allows you to scan your amiibo figures in the game and unlock cool rewards and items. Here are all amiibo unlocks & rewards at the amiibo Gazebo.

It can be a bit difficult to spot the amiibo Gazebo around the school grounds without clear directions because it’s hidden in a small garden that’s covered with tall hedges. An easy way to find it is to head to the dining hall and then go directly northeast.

You will see a little Gazebo with a glowing green sphere inside of it –this is where you go to scan your amiibo and get some sweet items and music tracks.

By scanning in specific Fire Emblem amiibo, you will be gifted with a music track that can be played during quest and auxiliary battles, which you can change in the game menu.

These are the characters that you will need to scan at the amiibo Gazebo and the music tracks you will receive:

If you scan other amiibo that aren’t from Fire Emblem, random items will pop up on the field around you such as healing items, tea, bait for fishing, chest keys… among other things.

You can only get these items once a month so if you immediately try to scan one amiibo after another, the game will tell you that you’ve already obtained the items.

And that’s all you need to know about amiibo unlocks & rewards at the amiibo Gazebo. For more on Fire Emblem Three Houses, make sure to check out our ever-growing wiki guide for the game as well as our scored review.

Here are a few guides to get you started if you’re looking for some help:

Thank you to RPG Site for the amiibo info.