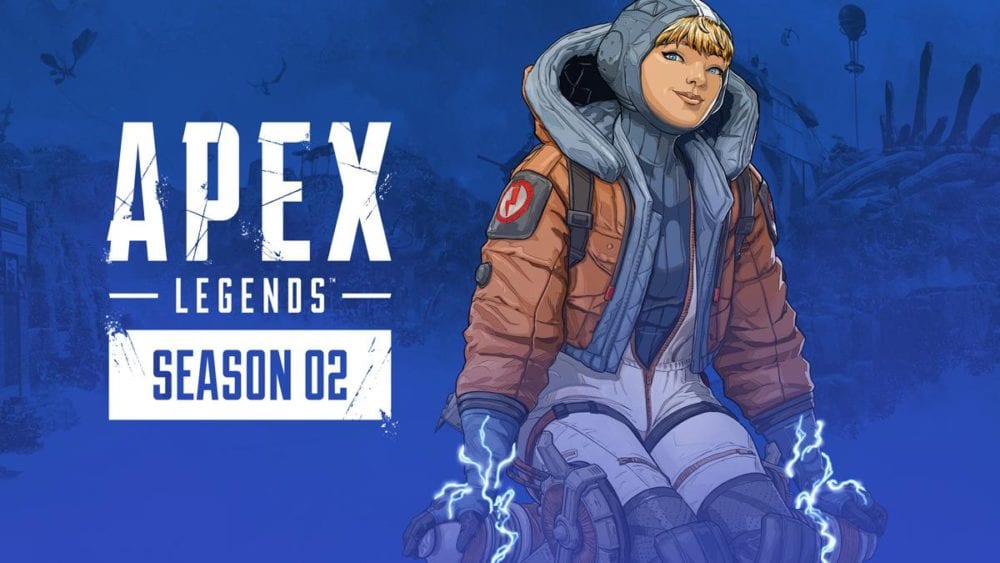 Respawn’s successful battle royale game Apex Legends moves into its second battle pass season today alongside a new patch, and the developer has now revealed the full list of changes, additions, and fixes. It’s a big one.

Indeed, alongside all the new challenges, skins, emotes, and a new Legend called Wattson added by the second season, a new patch brings a host of tweaks and quality of life improvements to the game. We’ve listed the full patch notes below.

Eye of the Allfather

Added a stats page. You can access it by hovering over your name while in the Lobby and clicking it to inspect. The page will show you your overall account stats as well as access to your stats for each season and Ranked Series.

We’re sure you all will have feedback on other stats you’d like to see here. What we’re shipping with Season 2 is just the start and we’re planning to build on it. We won’t promise anything but definitely let us know what other stats you want shown after you’ve played around with it.

KNOWN ISSUES: There will be some stats [like assists for example] that will start counting for Season 2 but won’t account for progress before that. This is because until we added the feature, this stuff wasn’t being counted. We’re looking at future improvements to retroactively update these areas that we hope to address down the road.

With Season 2, we’ll trying out new circle closing speed, size, and damage that now applies to both Ranked Leagues and the normal Apex Queue.

Ring Damage is now the following:

Ring start and closing speed is now the following:

Ring radius for the first circle has been slightly reduced [it’s about 9% smaller than it was before].

Arc stars that are stuck to players should no longer fail to do damage when the part of the player it is stuck to is intersecting another object.

Made visual improvements to the Legends while in the Lobby and character select.

Added improvements and polish to the Legend’s animations while skydiving.

Improved server and client performance when firing weapons, especially for multi-projectile weapons like shotguns and TripleTake.

Large doors and Supply Bins can now be used while viewing them from more extreme angles.

Slow Effects will now slow players equally regardless of their controller settings.

Fixed issue with geometry sometimes flickering when viewed from a long distance.

“Send Friend Request” tool-tip now shows up when hovering over teammates Banners while viewing the “Squad Eliminated” screen and “Squads” tab during a match.

Made it so that your weapon won’t play its priming animation when you pull it out after skydiving.

Apex will no longer swap from full screen to windowed mode automatically if you shift to focus on other applications while Apex is booting up.

Fixed issue with players seeing their Origin friends listed as offline when they aren’t.

Made improvements to voice chat for PC.

Fixed issue where you could lose your Steam friends list after restarting Apex on PC.

Fixed issue where sometimes players would get a black screen during character select.

Added “Flash Hider” description to the Gold Barrel Stabilizer attachment. It always did this but the information wasn’t provided well so we added it to the description when inspecting the attachment.

Fixed a hit registration bug that could occur if you fired your weapon while being damaged by an enemy shotgun.

Fixed a bug where sometimes load screens would not appear properly and players would temporarily see the training map before loading into a match.

Fixed issue with players not always hearing selected quip dialogue when performing a finisher or being executed.

Fixed issue with Apex not working correctly when SLI or Crossfire is enabled.

Fixed bug where players would sometimes get stuck on the Battle Pass Level screen.

Fixed bug where The Unlock button would be greyed out when it shouldn’t be when trying to view rewards.

Fixed bug where players would sometimes be unable to exit the Battle Pass tab after selecting it from the Lobby.

Fixed an exploit where players could jump while downed.

Fixed issue where sometimes the client would crash to the Dashboard when entering character select on Xbox One.

Fixed a bug that caused players and loot to begin sliding permanently or launching inconsistently onto Supply Ship surfaces after doing melee attacks against the Supply Ship walls.

Fixed bug that could cause players to shift to a location under the map when switching between players while spectating.

Fixed bug for cases where performing a melee attack while inspecting an item would cause the attack to slow down and not deal damage.

[X1 only] Fixed bug where players were not being rewarded “The Player” achievement after hitting level 50. If you have reached level 50 and not received it in the past it should now be awarded retroactively.

Fixed the bug that sometimes caused Apex to crash when plugging a PS4 controller into your PC while the game is active.

Fixed bug that caused an “Out of Bounds” warning and timer while riding the Supply Ship over certain areas of Kings Canyon.

For more Apex Legends season 2 battle pass content, check out our wiki page. We’ve written up a breakdown of how to play the new Legend Wattson, as well as an overview of all season 2 week 1 challenges.