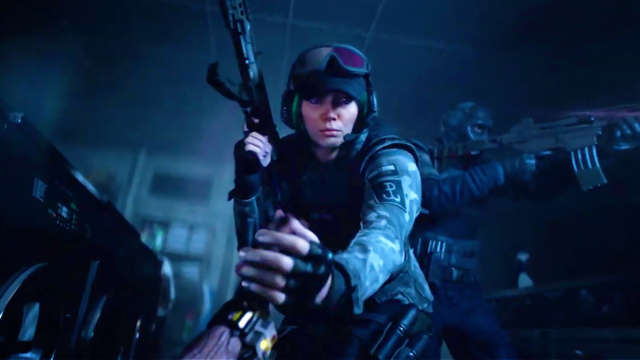 Following rumors late last week Ubisoft has revealed Rainbow Six Quarantine, a brand new co-operative shooter with a bit of a twist. The new title follows the same idea as Rainbow Six Siege’s Outbreak event fro 2018, pitting a group of players against a horde of monstrous creates, like in Left 4 Dead.

The creepy first trailer revealed a protagonist being taken over by a horrific infection, while some kind of alien creature stalked from the shadows.

Quarantine uses the foundation of Rainbow Six Siege to build a new PvE experience, letting players choose from different Operators once again. Three players will need to band together to use tactical options to defend themselves.

Below you can see the debut teaser trailer, as well as a few first details on gameplay for Quarantine.

After Outbreak’s three-mission campaign came and went, Ubisoft said it would be a one-time thing for Siege, and it seems Quarantine is the reason why. Ubisoft has already said that Quarantine is related to Siege, at least on the gameplay front, but they’d hinted at even more of a connection. Considering two Operators from Seige pop up in the teaser, we’re bound to find out more soon.

We’ll make sure to update this story as soon as more details are available…..

Rainbow Six Siege is coming to PlayStation 4, Xbox One, and PC in 2020.