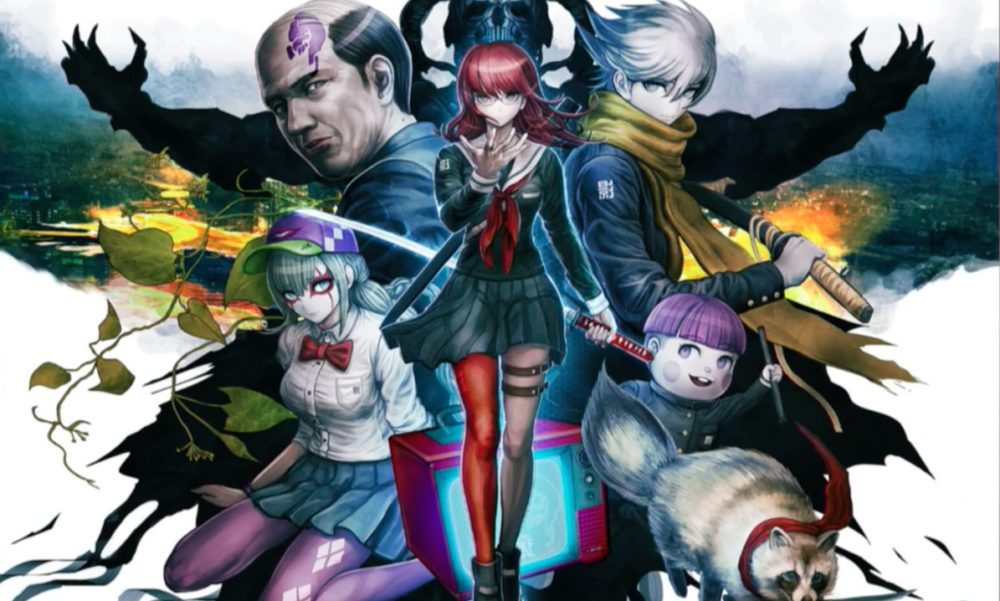 During a stage event at Bitsummit 7 Spirits that is currently going on in Kyoto, Too Kyo Games’ Kazutaka Kodaka and Kotaro Uchikoshi talked about their games.

Through a translator, Kodaka-san mentioned that since Danganronpa is a very popular adventure game, many would like to do the same genre, but they went independent to work on many different genres, so the games they’re working on aren’t necessarily adventure games. Yet, they love story-driven games, making narrative-driven games in different genres is what excites them at the moment.

While their new independent game is still a little bit behind schedule (part of the scenario is done), but thinking about what you can do in the indie space but can’t be done in the AAA industry, they want to take it to “crazy town”. They want it to be incredibly bloody, full of gore, and sexually explicit things that you really couldn’t show on a triple-A game.  The game needs to be as crazy as they possibly can make it.

They want to break the rules and make games that they really couldn’t create with a traditional publisher and just see how it goes.

To truly be creative, Kosaka-san argued, you have to some times break the rules, shake things up, and you can’t be politically correct. Their aim is to create something that truly defines them.

Uchikoshi-san explained that the name of the company means “too crazy.” At their previous company, they were working very seriously. Yet, they wanted to do wild and crazy things, and when you’re stuck following the rules all the time, it sucks. Now he just wants to make a game where you can “kill everything.”

Now that they’re independent, they can work on a wide variety of different things at Too Kyo Games, and that really empowers them as creators.

Uchikoshi-san (likely joking) then mentioned that he wants to create games that bring more love in the world, something that a child can play and really appreciate. Kodaka-san laughed and said, “We have never made a game like that, what the hell are you talking about!” The translator added that Uchikoshi-san described the exact opposite of what they said their indie game is going to be, so that’s a bit strange.

Talking about the games they have seen on the show floor at Bitsummit, Kodaka-san mentioned that the quality is amazingly high, and that’s both good and high. It makes for better gaming experiences, but when you focus too much on the quality, you start to fall back into that corporate ruleset of publishing, selling games, and needing to make money. The more you worry about the trends and how you can make money, it takes away some of the freedom of just being able to do something crazy, and that’s the magic of being an indie developer. Looking around the show floor, there aren’t many games that are truly bonkers games out there.

Kodaka-san and Uchikoshi-san work very hard and very long hours. Yet, that’s fine because they’re working for their own company, which allows them to overwork themselves. Apparently, Uchikoshi-san stays in the office six nights out of seven in a week, so Kodaka-san kind of feels like he goes to work at Uchikoshi-san’s home.

Their current work style is very similar to how an indie develops games. They love what they’re doing, so they organically work all the time. It’s a matter of passion and love for the games they’re working on. They’re themselves core game fans, so every time they go out to drink, all they talk about is games. Every once in a while they talk about baseball or women, but in general, their whole life is about the games.

According to Uchikoshi-san, one of the best things of working on games is that at times you hit a wall, and then some random idea and something around you inspires you, and that’s what you needed to hold it all together or sends you in a different direction.

Kodaka-san actually loves to be advised to do something or to go in a certain direction, and that makes him retool his ideas pivoting off someone else’s ideas. While it may seem that they’re very selfish creators who don’t want to listen to anybody, they do take a lot of feedback from their team. If someone else’s idea is good, they go forward with it even if it means changing their initial design. He defined this “creative Aikido” as Aikido is the martial art in which you take advantage of your opponent’s momentum. It’s a sort of creative loop in which somebody influences you, and then you influence them as well.

Talking about the challenges of being independent, Kodaka-san explained that everyone who works has Too Kyo games has a very strong personality, and trying to blend them together can be very challenging.

According to Uchikoshi-san, when you work at a big company, there are many ways you’re supported by that company that you don’t even realize. This includes time cards and management-related tasks. Doing that as a small team can be challenging.

That being said, Kodaka-san argued that you can’t be afraid of that. Once you go independent you just have to keep moving forward so he rarely has any anxiety about having gone indie. He has his eyes on the prize, making games and having fun, while Uchikoshi-san maybe once every six months gets depressed, then he goes out to have drinks and the next day he’s fine.

Incidentally, the show ended with the new trailer of AI: The Somnium Files, which Uchikoshi-san is working on with Spike Chunsoft. He concluded that since he wants to make games for kids, AI: The Somnium Files is rated Z in Japan (which is the rating assigned by local CERO board to games only suitable for players over 18 and banned from sale to minors).

Currently, Too Kyo Games is working on four different projects, one of which is Death March Club, coming to Steam in 2020.