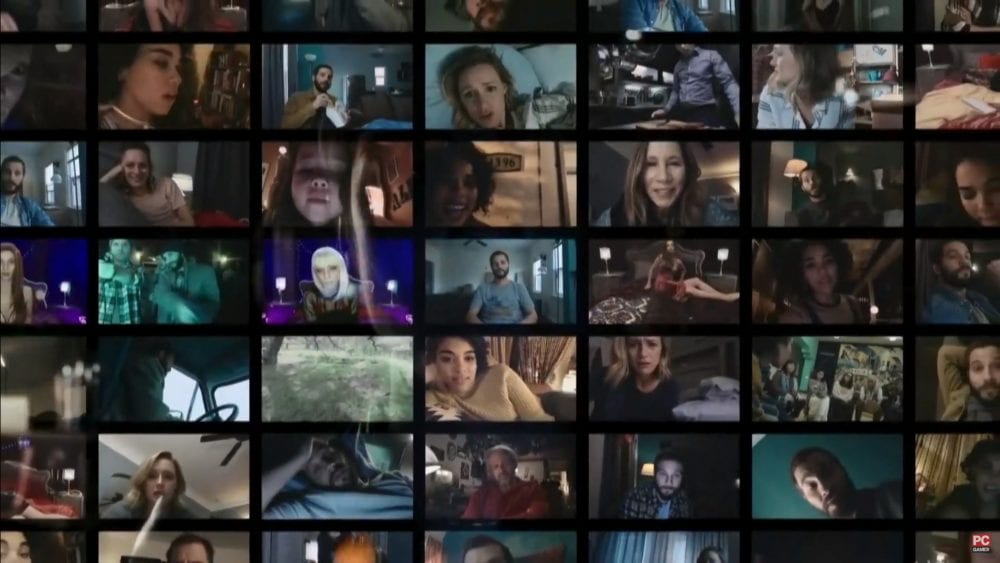 At today’s E3 PC Gaming Show, director Sam Barlow showcased more of his new game, Telling Lies. It’s an unconventional detective game where you scrub through hours of footage of multiple interviewees to solve a mystery.

Functionally, Telling Lies is very similar to 2015’s Her Story (also developed by Barlow). In that game, the player was set with the task of sifting through hours of footage of a single woman – interviewed on separate occasions – piecing together a narrative using many disjointed clips. Played by actress Viva Seifert, the interview subject had a winding, complicated character arc that the player would slowly deduce over the course of the game.

From the looks of it, Telling Lies is like Her Story, but on a much grander scale. There are multiple actors this time around, each of which must be examined and set against one another to point out inconsistencies and lies.

In the new trailer at today’s event, we got a glimpse at the many, many cast members of the mystery game. It’ll be difficult to keep all of the characters straight in your head, but knowing Sam Barlow’s track record, we don’t doubt that he’ll make a compelling mystery to solve anyway.

Telling Lies does not have a set release date, but Sam Barlow promised that it will be releasing “very soon”. In the meantime, you can visit the page on Steam.