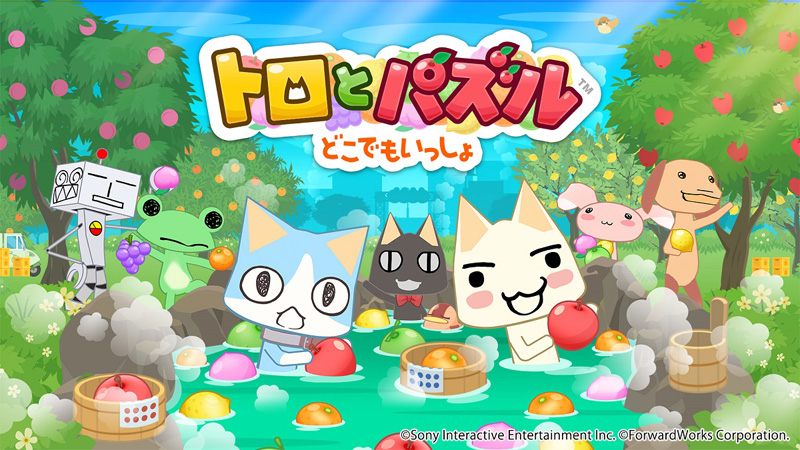 This is a revival of the franchise born with Doko Demo Issyo in 1999 on the original PlayStation, which gave birth to the popular mascot cats Toro and Kuro.

As the title suggests, the new game will be a puzzle title featuring said mascots and a brand new blue cat aptly named “Sora” (which means “Sky” in Japanese). He will be at the heart of the story and act as a sort of navigator for the game’s progress.

The game will launch in 2019 and a closed beta will be hosted soon in order to make sure it’s polished. The release of this new title aims to celebrate the 20th-anniversary o the franchise, which will indeed happen in July this year.

The gameplay prompts players to expand a village by completing puzzles and communicate with its cutesy inhabitants.

Closed beta recruitment starts today in Japan and ends on June 9. Those selected will be advised on June 10, and the beta itself will run between June 10 and June 17. It’ll be on iOS only, even if the game is eventually coming to Android as well.

You can fund a few screenshots of  Toro and Puzzle Doko Demo Issyo below, alongside the first look at Sora.

If you’re unfamiliar with the Forwardworks label, it’s PlayStation mobile arm in Japan, announced in 2016 and tasked with bringing back dormant franchises in mobile form. It already released games using names like Arc the Lad and Wild Arms, which were far from blockbuster hits in Japan. Recently, it launched a new Disgaea game in collaboration with Nippon Ichi Software, but it was plagued with serious issues.