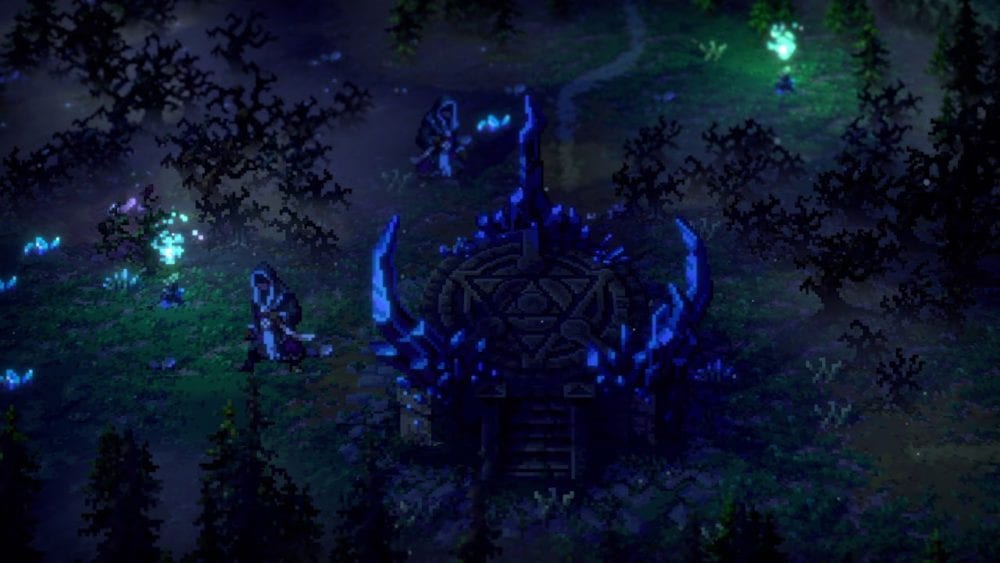 Inspired by the iconic Heroes of Might and Magic series, Songs of Conquest is a gloriously pixelated strategy-adventure game that’s coming to PC in 2020. During the PC Game Show at E3 2019, we got a good look at gameplay in its very first trailer.

Speaking on stage during the show, the game’s designer Carl Toftfelt explained the gameplay loop: recruit an army, go on an adventure, explore the world, pick up resources, and upgrade your town as you go. Essentially, it’s a combination of adventure and strategy gameplay, all brought to life with an extremely pretty 8-bit pixelated aesthetic.

There’s combat, too, which was explained to PCGamer by Toftfelt in a recent interview:

“Combat will be a major part of the game. You’ll raise armies and your wielder will bring them to the battlefield. The wielders harness a magic called “The essence” during combat. Meaning that you’ll combine your wielders skills with the essence of the troops you bring to battle. That will give you access to powerful spells.

Say if you want to use a spell to create obstacles on the battlefield, you’ll have to bring say engineer troops and use their essence together with you wielders skills to cast the spell.”

There’s a full Q&A over on PCGamer, which we encourage you to read if you’re after more information on the game. You can check out the trailer from the PC Game Show for yourself below:

Songs of Conquest isn’t coming until late 2020, but those who are interested can look forward to an upcoming closed alpha which you can sign up for on the game’s website.