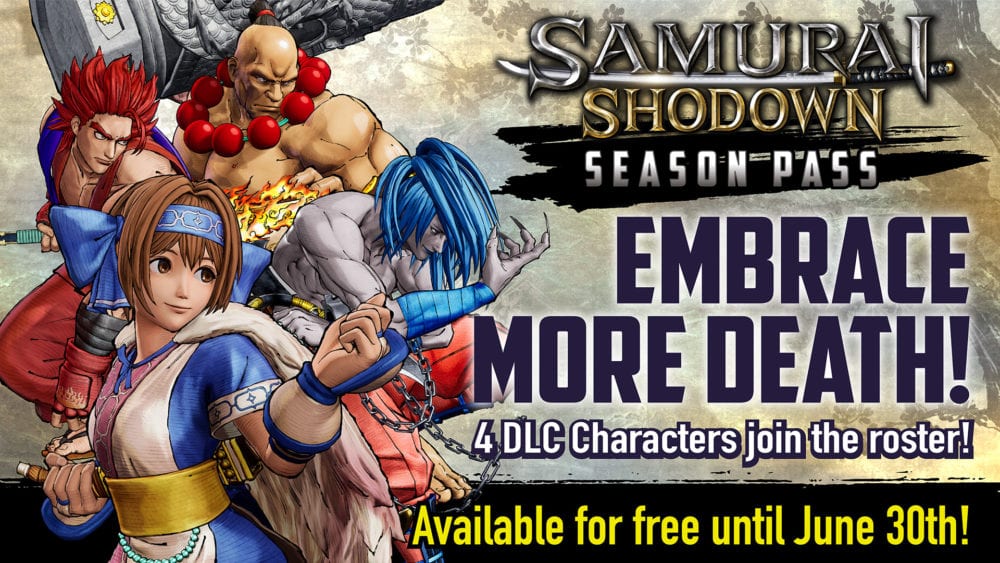 Today SNK released Samurai Shodown for PS4 and Xbox One and revealed more DLC characters alongside the launch trailer.

You can check out the trailer at the bottom of the post, on top of a few images of the DLC fighters.

On top of the previously-announced Rimuru we’ll be getting Basara, Kazuki Kazama, and Wan-Fu, in this order. Do keep in mind that if you grab the game by June 30, you’ll receive the season pass for free.

“We have been overwhelmed by the positivity of our fans over the past several months and would like to thank each and every one of them for making the return of the franchise come to fruition.

Further to today’s launch on Xbox One and PlayStation 4, we’re now looking forward to being part of the Evolution Championship series this August and we could not be happier to be part of one the biggest competitive fighting game events in the world. Please expect to hear more from us in the coming months regarding our future plans for esports and Samurai Shodown!”