The kickass girls of RWBY and friends have been exploring the video game world in the past few years, starting with the launch of RWBY: Grimm Eclipse on Steam in 2016 and then making the roster in Arc System Works’ BlazBlue Cross Tag Battle last year.

Now, Crunchyroll Games and Rooster Teeth are collaborating to bring the chibi-sized huntresses (and hunters) to compete against Candy Crush and Disney Emoji mobile with RWBY: Crystal Quest.

RWBY: Crystal Quest is a match-three puzzle game created in partnership with EGLS Technology based on all three seasons of the spin-off series RWBY Chibi that involves matching gems battle-style.

You choose your favorite RWBY characters and fight against other characters from the series, whether friend or foe, by dropping gems and matching three of them in a row à la Puyo Puyo. 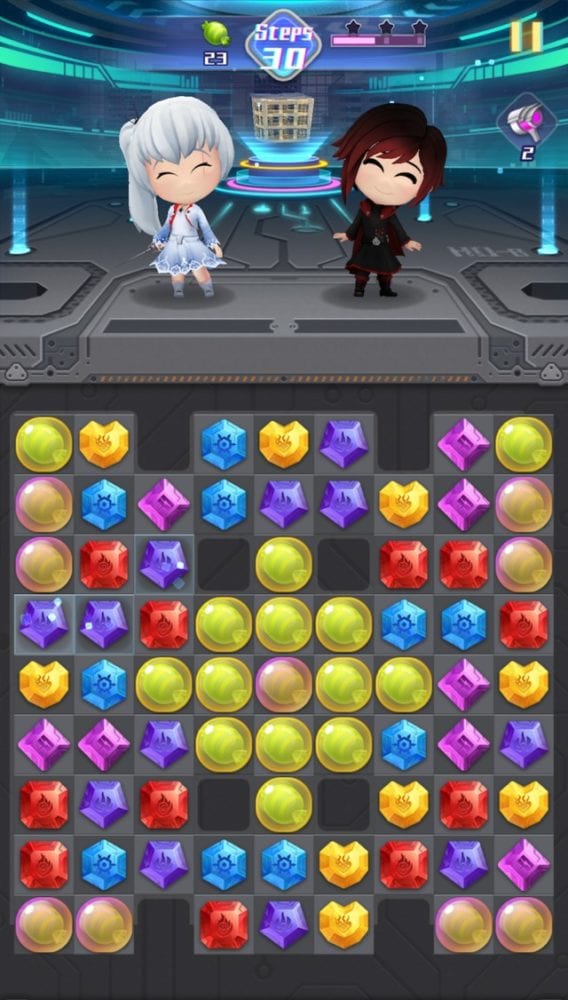 Characters included in the game so far are the titular dream team of Ruby Rose, Weiss Schnee, Blake Belladonna and Yang Xiao Long, as well as the chipper Nora Valkyrie from Team JNPR and Grimm mistress Cinder.

RWBY: Crystal Quest is expected to launch on iOS and Android devices later this summer, with pre-registration for the game now open on the Crunchyroll Games website.