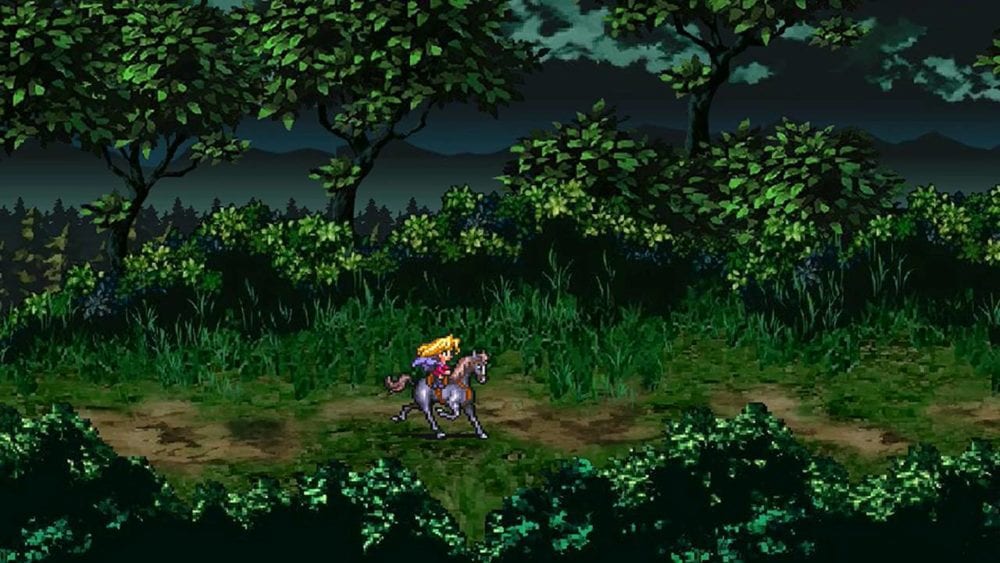 Today during the Square Enix E3 Press Conference, it was announced that Romancing SaGa 3 and SaGa SCARLET GRACE: AMBITIONS would be releasing in the West for the first time.

The Romancing SaGa series is a long-running and much-beloved series in Japan, but these titles have eluded gamers in the West for decades now. Romancing SaGa 2 did make it over a couple of years back, but outside of ROMs or learning to read Japanese, JRPG fans have had little recourse.

A description from Square Enix for each game and the announce trailer have been included below.

SaGa: Scarlet Grace Ambitions, an enhanced version of SaGa: Scarlet Grace, which originally released only in Japan in 2016. Newcomers and longtime fans of the franchise can shape their own adventures with one of four protagonists, Urpina, Taria, Balmant, and Leonard, each with their own unique storyline, allowing players to enjoy four different RPGs in one title.

With its first Western release, Ambitions builds upon the original Japanese release with a variety of improvements and additions to the original, including new and improved graphics, character voice-overs, weapons, skills and more. In addition, players will have access to more than 70 allies to potentially add to their party and test out different battle strategies with the new turn-based timeline system as they conquer new scenarios, monsters and bosses on their journey.

SaGa: Scarlet Grace Ambitions will be available on the Nintendo Switch system, PlayStation 4, Steam, the App Store, and Google Play.