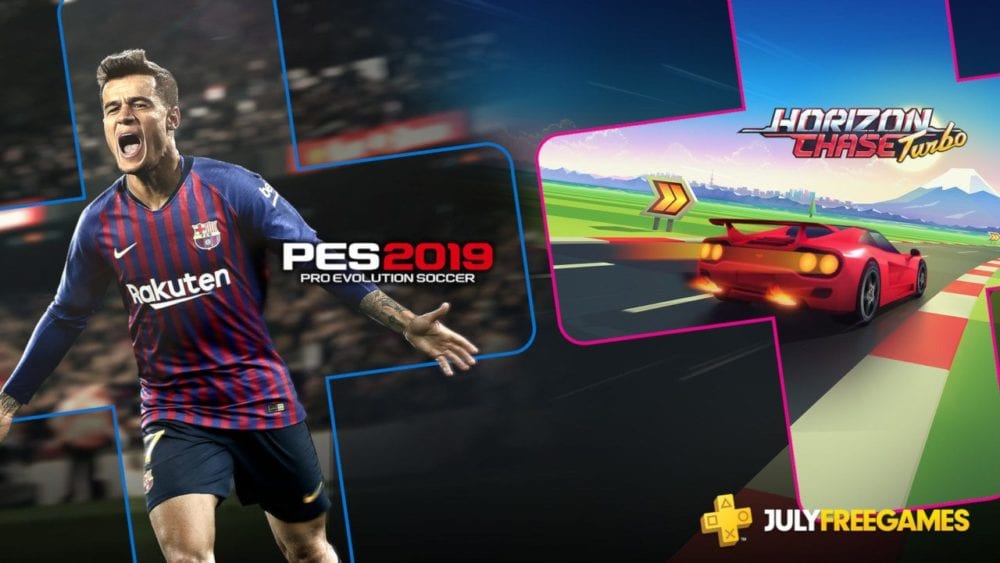 Good news for sport-loving PS Plus subscribers: The service is offering two titles that celebrate the joys of competition until the end of next month.

In a post to the official PlayStation Blog, it was revealed that Pro Evolution Soccer 2019 and Horizon Chase Turbo would both be available free of charge to subscribers through the end of July 2019.

Both titles will be available for download starting on July 2, and will remain in subscribers’ libraries so long as their membership doesn’t lapse.

The blog describes the two titles as follows:

Create magic moments on and off the pitch, with each player possessing their own traits that will affect how they react in the moment, while myClub and Master League modes allow you to pursue your own club career.

Enjoy local play for up to 4 players, or go online and test your skills against the world.

Prepare for a blast of pure ‘90s nostalgia with Horizon Chase Turbo, a love-letter to the iconic, just-one-more-go racers of the arcade’s golden age.

Drawing inspiration from the likes of Out Run, Top Gear and Rush, developer Aquiris Game Studio captures the essence of the 16-bit era with style, with modern visuals, a soundtrack with insane arpeggios, and classic split-screen couch multiplayer.

For more on PS Plus and all of its monthly deals, stay tuned to Twinfinite.net for all the latest news, announcements and info as they become available.