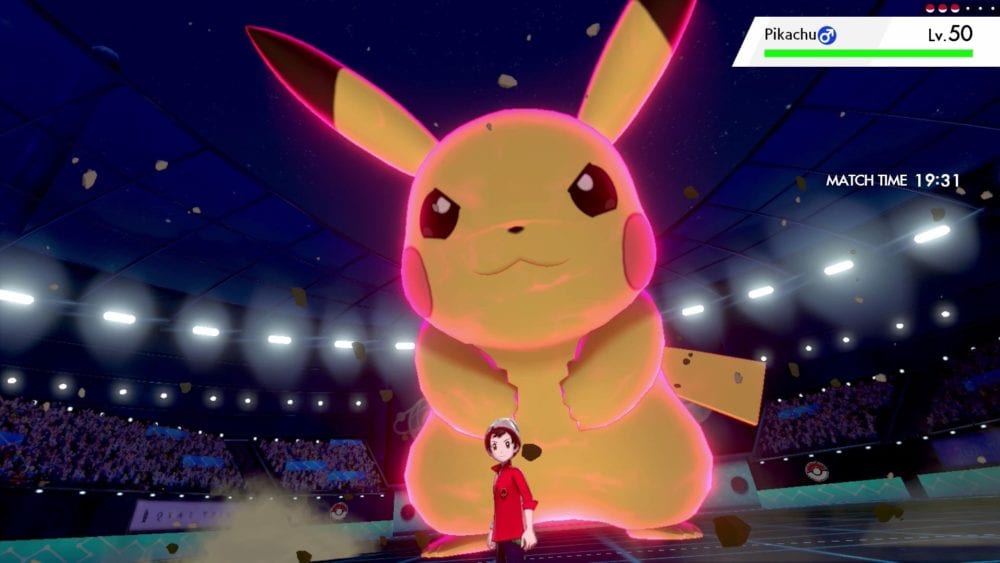 Following the new reveal during the Nintendo Direct from E3 2018, the house of Mario and Zelda showcased plenty of gameplay and released new screenshots of Pokemon Sword and Shield.

We get to take a good look at the Max Raid Battles and a lot more.

You can check all the assets out below, and take a very extensive look at the brand new Pokemon adventure.

If you’re unfamiliar with Pokemon Sword and Shield, or you want to know what Max Raid Battles are, you can read all the info from the fact sheet.

A new generation of Pokémon is coming to the Nintendo Switch system.

Become a Pokémon Trainer, embark on a new journey in the new Galar region, and unravel the mystery behind the Legendary Pokémon Zacian and amazenta! Explore the Wild Area, a vast expanse of land where the player
can freely control the camera. And participate in Max Raid Battles in which players will face off against gigantic and super-strong Pokémon known as Dynamax Pokémon.