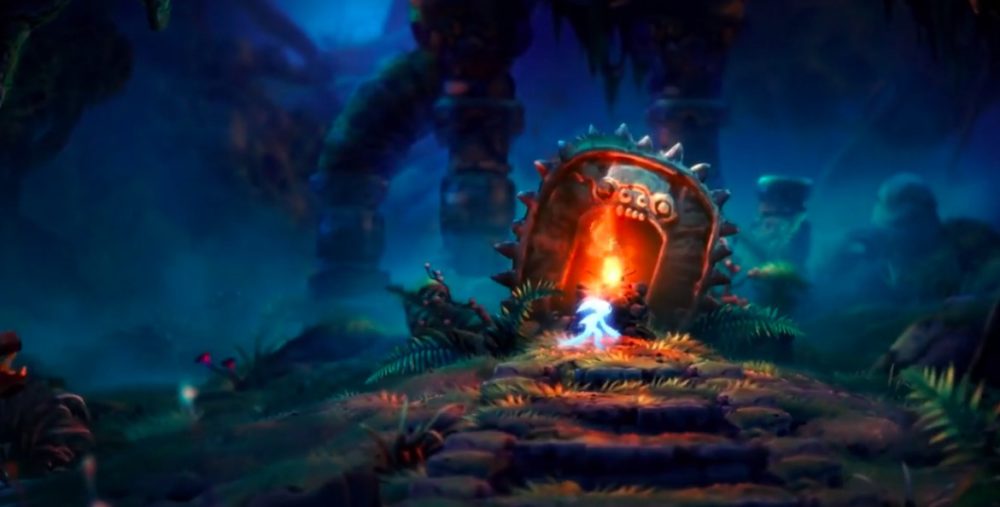 The release date for the latest title in the Ori franchise was announced at the 2019 Xbox E3 Briefing. Ori and the Will of the Wisps is coming to Xbox One and Game Pass on Feb 11, 2020.

Along with the release date, we also got a new look at a few boss battles. A giant spider with glowing protrusions, a ravenous wolf, and a deadly giant worm are just a few of the big baddies that we got a sneak peek of.

Ori and the Will of the Wisps also has a notably higher quality look than the previous game. The visuals have been greatly improved from the previous iteration that already had a highly acclaimed aesthetic.

It still has the same dark feel of the first game with a few pops of color to accentuate important characters and environmental features.

The new gameplay trailer for Ori and the Will of the Wisps shows that this title looks to carry over the same exploration that fans of the series know and love. The movement options also look strikingly similar. The jumping, grappling, and overall navigation of the maze-like world appears to stay true to the roots of the franchise.

At the end of the trailer, we also get a glimpse of Ori soaring through the skies on the back of an owl companion. There’s no indication if this is just a cutscene or if we’ll get to control Ori’s avian friend.

Comments
Continue Reading
Related Topics:E3 2019, game pass, ori, Ori and the Will of the Wisps, xbox, Xbox One