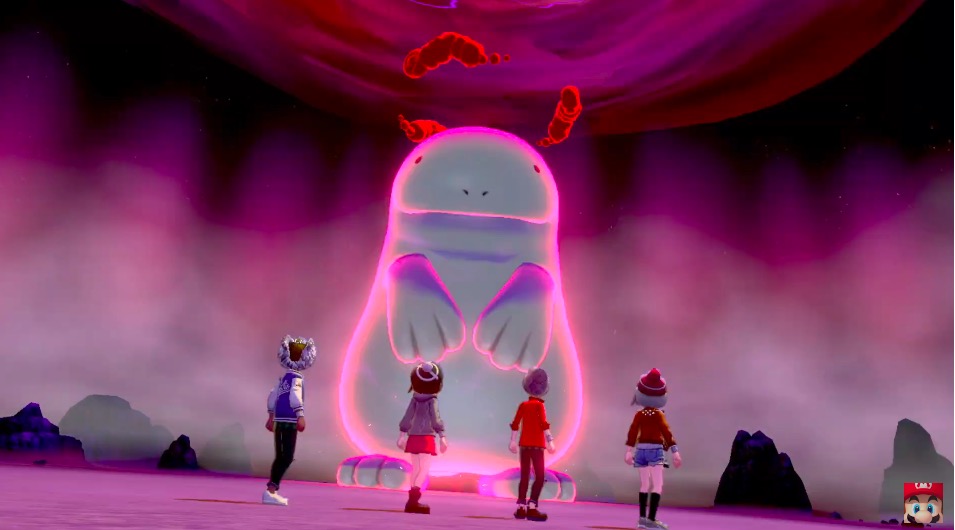 There are plenty of new features Nintendo revealed will be in Pokémon Sword and Shield, including a new multiplayer raid mode against special, ultra-powerful Pokémon.

Revealed during the June 5 Nintendo Direct, the new mode allows players to take on wild Pokémon alongside other players in The Wild, or the wilderness of Sword and Shield’s world.

In this untamed area, certain Pokémon are able to undergo Dynamax evolutions which greatly increase their stats and size, turning them into formidable opponents.

Defeating them can net players massive amounts of experience, rare Pokémon and other rewards, all of which will benefit each player that chooses to participate in the raid.

As such, these raids will play an integral role in strengthening players and will be a must-play feature of the upcoming titles.

A preview of these raids can be viewed via the archived direct video below.

First announced in February of 2019, Sword and Shield are the latest mainline entries in the Pokémon franchise. Set in the Galar region, the title is modeled around British themes and designs with architecture and aesthetics to match.

In addition to raid battles, the games will also include several new Pokémon, a more expansive world and a new story tied to the region and its characters.

Players can dive into the experience for themselves when it launches on Nov. 15 for the Nintendo Switch.

For more on the game, check out this fan-made animation tied to the game’s three starters. Likewise, check out the initial reveal trailer from February to get an idea for what the games’ region looks like.

Cuphead on Switch Is Cheaper This Week to Celebrate His Smash Bros. Ultimate Costume
By Greysun MoralesJanuary 29, 2020

3 Awesome Features Pokemon Should Steal From Temtem
By Zhiqing WanJanuary 29, 2020

What If Breath of the Wild 2 Looked Like the Link’s Awakening Remake?
By Greysun MoralesJanuary 28, 2020

Cuphead on Switch Is Cheaper This Week to Celebrate His Smash Bros. Ultimate Costume
By Greysun MoralesJanuary 29, 2020

3 Awesome Features Pokemon Should Steal From Temtem
By Zhiqing WanJanuary 29, 2020

This Pokemon Clothing Line for Dogs Is the Definition of Delightful
By Greysun MoralesJanuary 29, 2020
To Top