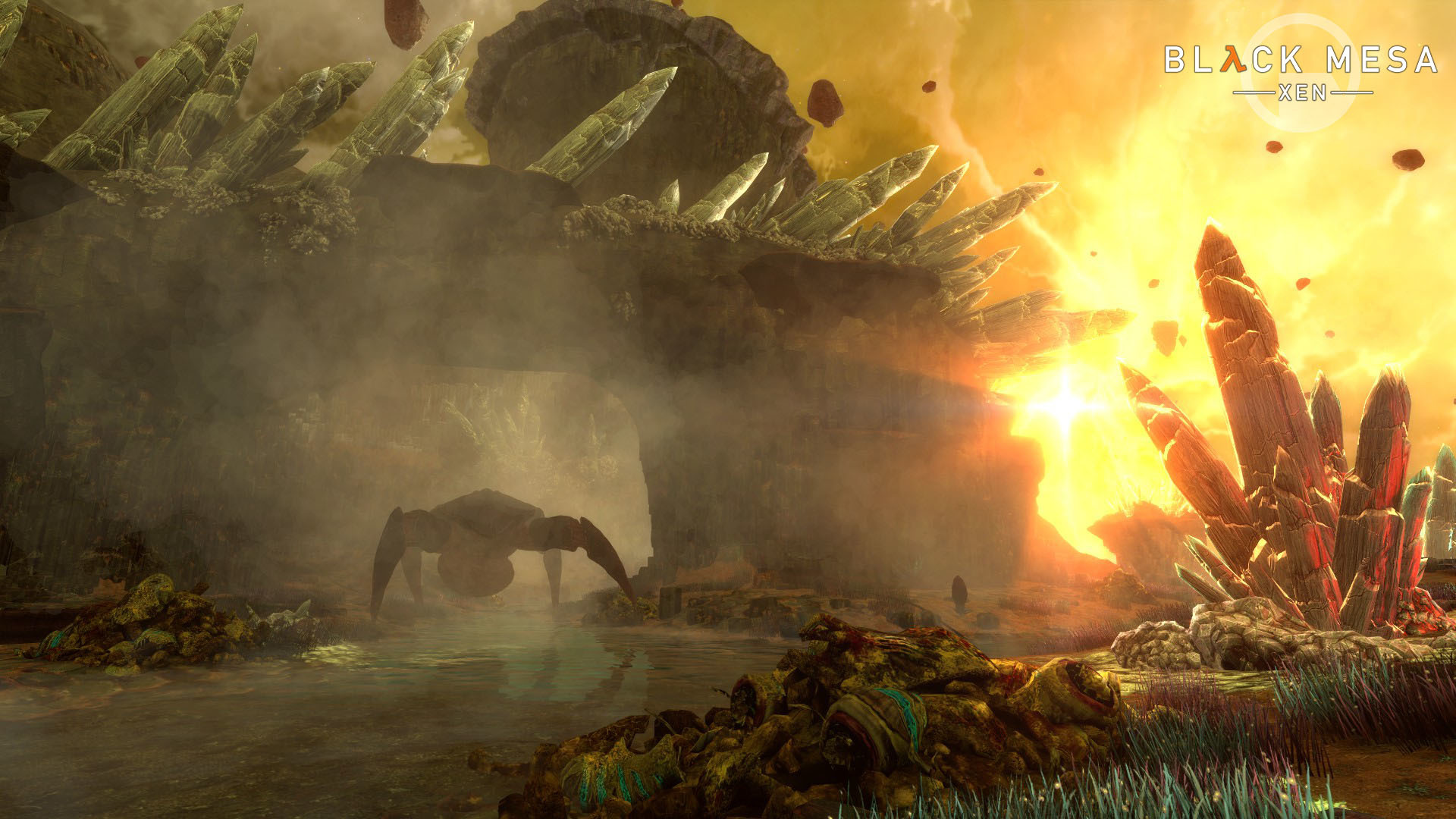 Developer/publisher Crowbar Collective has shared the first extended gameplay of the long-awaited final chapters of Black Mesa. The new footage, provided via IGN, shows off the team’s massive overhaul of the original Half-Life’s “Xen”.

Black Mesa is a meticulous remake of Half-Life 1 that was first released as a free, fan-made mod in 2012. While the game was mostly complete (in terms of levels) when it first joined Steam’s Early Access lineup in 2015, its developers have since been working to reimagine Half-Life’s extraterrestrial ending.

In the new gameplay footage, Crowbar Collective offers a glimpse of how the team has transformed a once short epilogue into a full-fledged campaign, all while managing to preserve Valve’s original essence. Xen is widely agreed upon as the worst part of an otherwise groundbreaking game, and Black Mesa’s developers seek to remedy that.

IGN’s Ryan McCaffrey, who went hands-on with the demo, notes that “the new Xen is no literal walk in the (extraterrestrial) park. There is danger, yes, but in the three chapters on offer in the beta, it’s a whole different feel and pacing from the non-Xen chapters.” The final version will contain 5 beefed-up sections, and overall, Black Mesa’s Xen should “fit nicely into the overall Half-Life arc.”

Back in November of 2018, Crowbar Collective targeted “Q2 2019” for the release of this much-delayed icing on their mostly finished cake. The end of Q2 is fast approaching, meaning that a big announcement of some kind will likely be coming soon.

In the most recent developer update from June 10, the team stated that they “have a couple of things planned for later this month”– the first of which was today’s footage. Stick with Twinfinite for more to come on Black Mesa and Xen’s final release.

First up in the videos below is the opening segment of Xen, followed by exploration somewhere within the first 3 of the 5 new chapters.