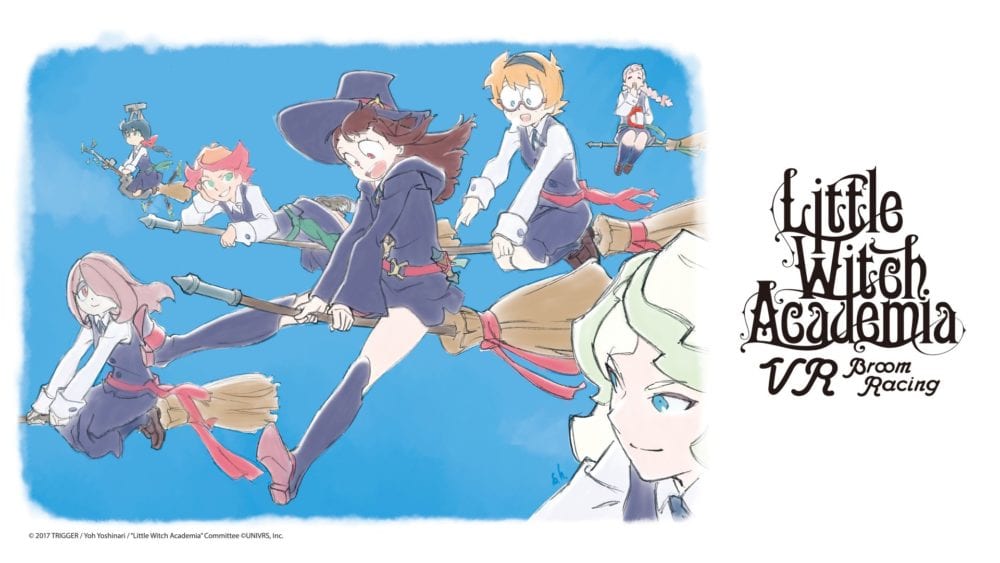 The game is pretty much exactly what it says on the tin, a VR title that lets you fly on a broom and take part in pitched races in the sky. It’s based on the popular Little Witch Academia anime by Studio Trigger.

If you’re curious, here’s how the developers themselves describe the game.

“The next step on Little Witch Academia’s journey is a VR game. The player becomes a character in the game and can freely fly around the sky on a broom and race using magic.

This VR game uses UNIVRS’s unique anti-motion sickness technology (patent pending) to greatly reduce the VR motion sickness that has limited VR games up until now. This game will be an amazing flying experience that will make the player truly feel like they’re flying!”

Little Witch Academia – VR Broom Racing has an expected release window in April 2020, but it’ll need help to gather further development and promotional funds. A Kickstarter campaign will start on July 3 and last for 45 days.

We also get a teaser trailer giving us an idea of the concept of the game. You can check it out below.

While we don’t yet know which VR platforms will be supported, a prototype of the game will be exhibited at Anime Expo starting in Los Angeles on July 4 at Good Smile Company’s booth. Director Junichi Yamamoto will be in attendance.

If you’re interested in Little Witch Academia, you can check out our review of the previous game dedicated to the anime, Chamber of Time.