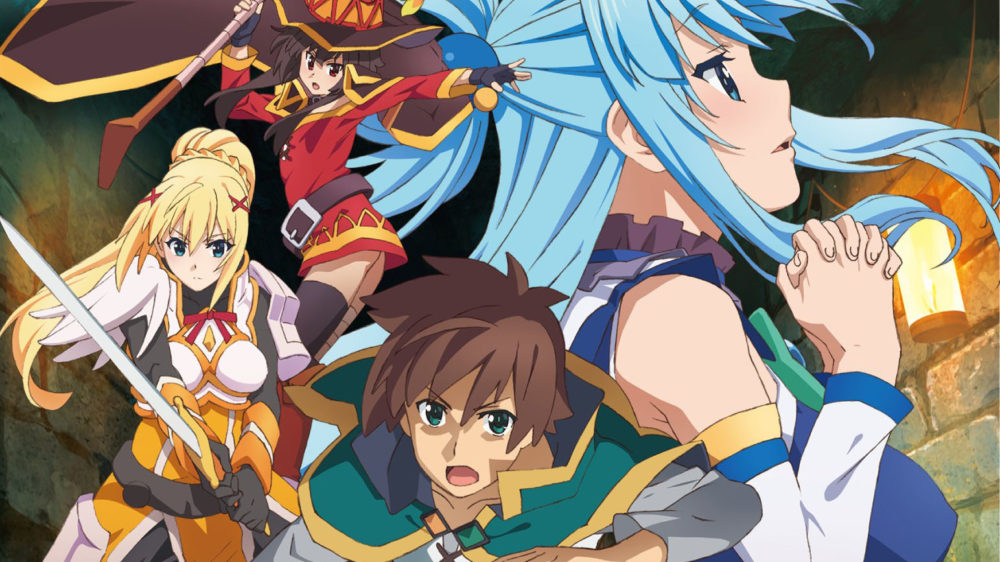 The first video is a TV commercial providing a brief overview on the game and its well-known characters, as well as a taste of the theme song “Stand Up!” performed by Machico.

The second video is beefier and it shows a nice look at gameplay. It features classic dungeon-crawling mechanics, spiced up by the anime’s well-known attacks, showcased with small animated cutscenes.

Of course, it ends with what you’d expect, Megumin’s Explosion magic obliterating the battlefield. Funnily, we heard a little while ago that the game will actually have leaderboard ranking the damage you manage to deal with Explosion, which is really appropriate.

You can enjoy the videos below. If you’d like to see more, you can also check out an older trailer.

Kono Subarashii Sekai ni Shukufuku wo! Kibou no Meikyuu to Tsudoishi Boukenshatachi will bring the adventures of the wacky cast of Konosuba to PS4 and PS Vita in Japan on June 27. No western release has been announced for the moment.

Hopefully, a western publisher will pick this up, because it looks quite fun. We can also use a few more PS Vita games, assuming that they don’t skip the platform, which wouldn’t really surprise me anyway.