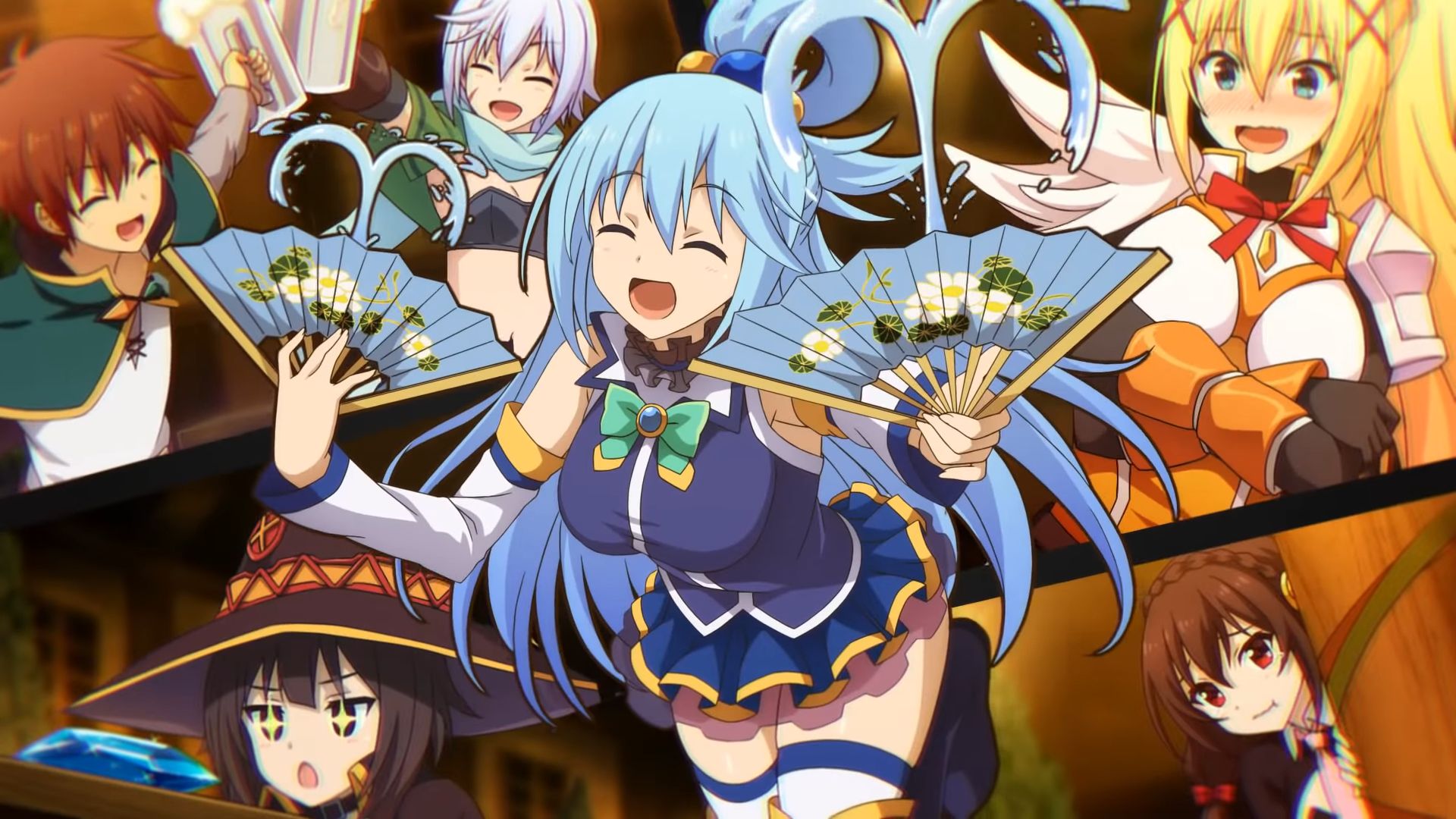 Today Entergram released a brand new trailer of its upcoming game Kono Subarashii Sekai ni Shukufuku wo! Kibou no Meikyuu to Tsudoishi Boukenshatachi. If this massively long title doesn’t ring any bell, probably “KonoSuba” will, at least if you care about anime.

The title translates as KonoSuba: God’s Blessing on this Wonderful World! Gathering of Heroes in the Labyrinth of Hope, and it’s an upcoming dungeon-crawling JRPG based on the popular Konosuba light novel, manga, and anime series.

The trailer features the opening animation of the game and the theme song “Stand Up!” performed by J-Pop singer Machiko, who is known for having lent her voice to the theme songs of the anime series.

On top of the video, we also get the introduction of a few members of the cast, including Yunyun, Chris, Wiz, Mitsurugi, Vanir, and Run.

The game is coming to Japan for PS4 and PS Vita and has a set release date on March 28th. Unfortunately, no western release has been announced at the moment, and we’ll have to wait and see whether someone will pick it up.

Do keep in mind that this game is completely separated from KonoSuba: God’s Blessing on this Wonderful World! Kono Yokubukai Game ni Shinpan o! which was also released for PS4 and PS Vita in 2017 by 5pb. While that was a visual novel, this is an actual JRPG, which is rather exciting.

You can check out the character artwork below.