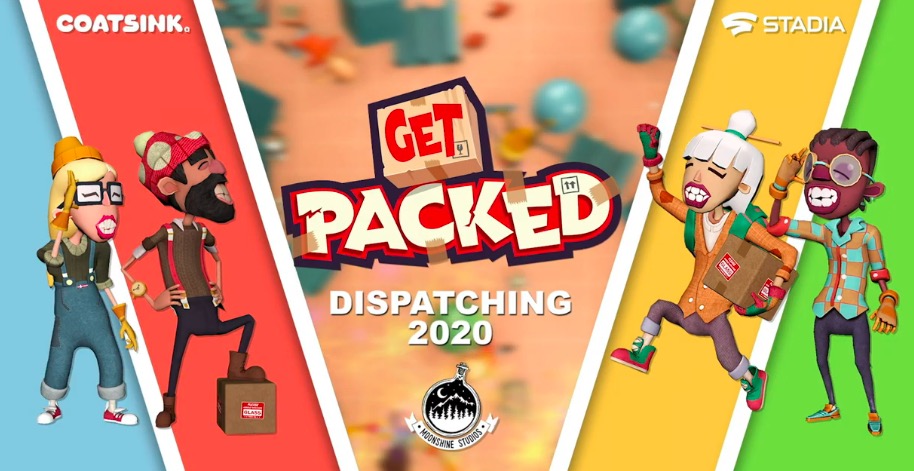 Google had plenty of new titles to reveal for the upcoming launch of the Stadia digital platform including the chaotic multiplayer title Get Packed.

Revealed during Google’s Stadia Connect live stream on June 6, the game is developed by Coatsink and Moonshine Studios as a launch title for the Stadia.

The premise of the game is simple: As one of several packers, players enter a house or building full of different items, furniture and volatile items littered about.

From there, players are then tasked with bashing, crashing and wrecking themselves and everything around them by grabbing and throwing objects in any which direction they can.

This can mean lobbing boxes at an opponent, hurling your friend down a slide or triggering a beautifully destructive chain of firework-related explosions that set the environment alight with carnage.

It’s a hectic premise to be sure, and just as hectic in execution. At the same time though, players an dive into the fun on their own or with friends both through online and couch co-op play.

Players can look forward to getting their hands on Get Packed when it launches in 2020. They can view the trailer used for the reveal below.