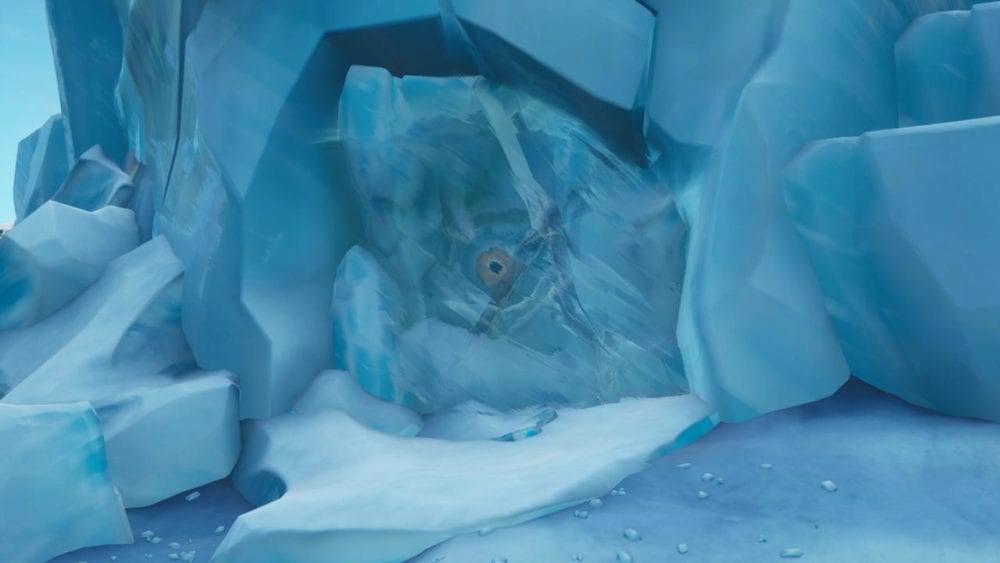 The monster that’s been lurking under Polar Peak for a few weeks now has seemingly been spotted swimming around Fortnite’s island with the ice castle on its back, demolishing the named location in the process.

The footage, which initially surfaced over on Reddit late last night, shows Polar Peak’s castle bobbing around in the sea to the south of Fortnite’s Battle Royale island, before diving under the surface. It’s pretty darn far out, but since, others have managed to catch glimpses of it too.

Following the mysterious monster eye that was spotted underneath the mountain a couple of week’s back, and the mysterious monster footprints that appeared last week, this certainly seems to suggest the monster will play a key role in the Season 9 event, and that the southwest’s snowy biome of the map may be the next to face changes at the beginning of Season 10.

You can check out the original video down below.

A closer look at the island has also been snapped by Twitter user FortTory.

Some good footage of the creature with the ice castle on his back. pic.twitter.com/yBlmJAxj33

As is always the case, Epic Games aren’t likely to share any details as to exactly how this is going to change Fortnite’s map in the coming season, but new leaks from the latest update seem to point towards the ice monster returning to the island for the big seasonal event soon.

We’ll continue to follow the goings-on with Fortnite’s sea monster and keep an eye out for Polar Peak’s castle appearing out at sea again. Be sure to let us know if you spot anything, too!

What do you think the monster will do in the Fortnite Season 9 event? Let us know down in the comments below. Looking for help with the Season 9 challenges and Fortbyte’s be sure to check out our ever-expanding guide wiki for plenty of tips, tricks, and guides.