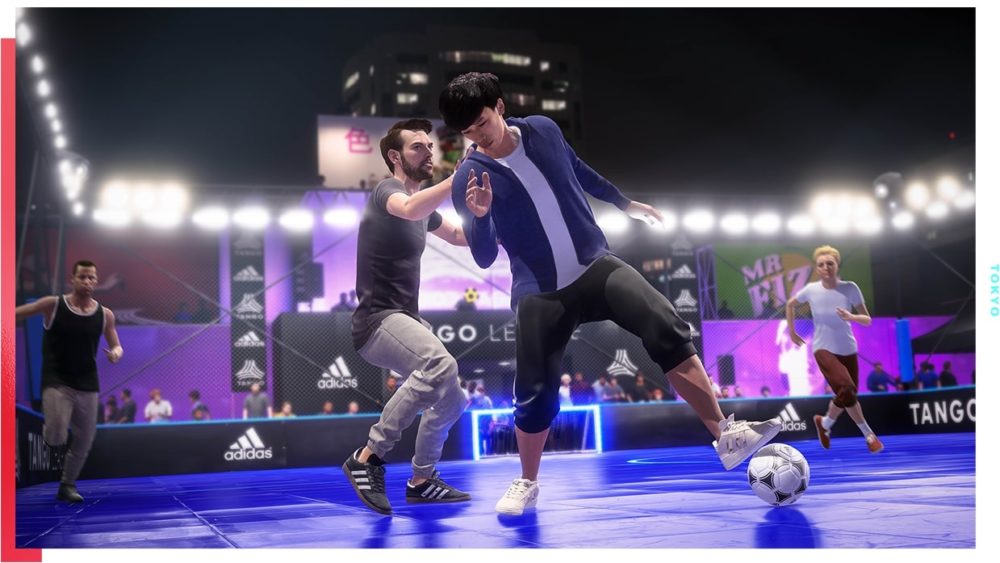 During the EA Play livestream today, the publisher announced FIFA 20 will include a new mode called Volta, alongside a number of other gameplay refinements and tweaks.

Volta is arguably the biggest new addition to the series coming in FIFA 20, where players will take the beautiful game back to the smaller pitch, where flashy skills and fast-paced play reign supreme. Players will be able to customize their male or female avatar right down to tattoos and celebrations, just as they can in the current Pro Clubs mode.

The FIFA Street-inspired mode will have a variety of different ways to play, too, with 3v3 Rush, 4v4, 4v4 Rush, 5v5 and Professional Futsal all included and available to select at will. The Rush modes will make goalkeepers a no-show, making for more intense and frantic gameplay.

Volta’s pitches will all be varied too, offering different sized arenas, and those with and without walls, too. The confirmed pitches during the EA Play livestream for FIFA 20’s Volta mode included a rooftop in Tokyo, a cage pitch in London, and an underpass in Amsterdam.

It’s not just some exhibition mode that’s been dropped into the standard FIFA experience, either, as Volta World will have you build your own squad, Story Mode will see you watch your player grow from a no-name to a legend, and Volta League will offer the usual online ‘Seasons’ affair that fans will be accustomed to from Ultimate Team and the core FIFA experience, too.

Volta Lead Producer Jeff Antwi confirmed that Volta Kick-Off will allow you to take your favorite professional teams and watch them battle it out on the smaller-sized pitches, too. That means you can have Arsenal and Chelsea or Liverpool and Manchester United battling it out on the streets, rather than the stadium-surrounded pitches of the Premier League.

Check out the fast-paced FIFA Street action down in the trailer below.

Football Intelligence was the first improvement noted in the livestream that combines the three core components of the match. On the ball will give you new attacking and defending tools. This means you’ll be receiving less AI defensive support and more support when you’re on the attack.

Shooting is also receiving a number of tweaks and improvements, too. Time Finishing has been refined to allow for a more satisfying feeling when you nail the perfect timing and land it in the green of the gauge, though the green timed window will now be slightly harder to hit.

Off the ball is all about providing you more time and space on the ball, with your AI-controlled teammates making better use of the space on the pitch and providing more incisive runs in your offensive player.

The ball itself will receive new physics to hope for more realistic flight through the air. We’ve heard this a few times before, but EA states there’s more variety in the spin of the ball.

FIFA 20 will come to Xbox One, PS4 on September 27, and EA Access subscribers will be able to play starting September 19 thanks to early access.