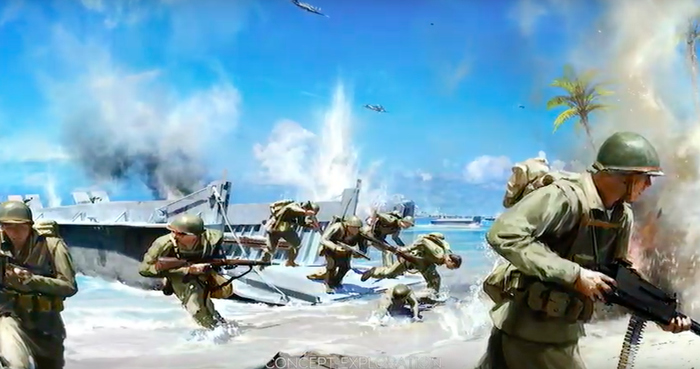 EA and Dice had some sizable announcements for Battlefield V, revealing big updates for the game’s ranking and multiplayer play as well as the first details regarding the game’s fifth chapter of content.

During the EA Play 2019 stream held on June 8, Dice revealed that the online shooter would soon see some major changes and additions to its online ranked multiplayer matches and stable of offered content.

On the multiplayer updates front, the number of rankings players could work their way through is set to receive a sizable increase. As opposed to the current limit of 50 levels, players will soon be able to rise through a total of 500 ranks.

For every 50 ranks players attain, they’ll be rewarded with doglegs, emblems and other distinguishing rewards to show off their skill to there players in the community.

Players can likewise look forward to setting up private servers for themselves and their friends to play on, with customization options aplenty available as well.

Both new additions will be available to players in September of this year.

As for new content, Dice offered the first glimpse of upcoming Battlefield V’s Chapter 5. Set in the Pacific, the chapter will offer several new maps in the region, including one set in Iwo Jima.

Additionally, players will be able to utilize amphibious vehicles, new weapons and plenty of other features meant to sell the island hopping, invasion-focused theme of the campaign.

Players can look forward to more details and news in the months leading to its launch in fall of this year. The full reveal for the new updates and chapter can be viewed down below.

The reveal was far from the only news to come out of the EA Play 2019 stream however. Gameplay trailers, teasers and much more were all on display for a bevy of titles, with plenty of news and details on games provided by the teams via interviews.

For coverage on all of this and more, stay tuned to Twinfinite.net for all of the latest info as it becomes available.