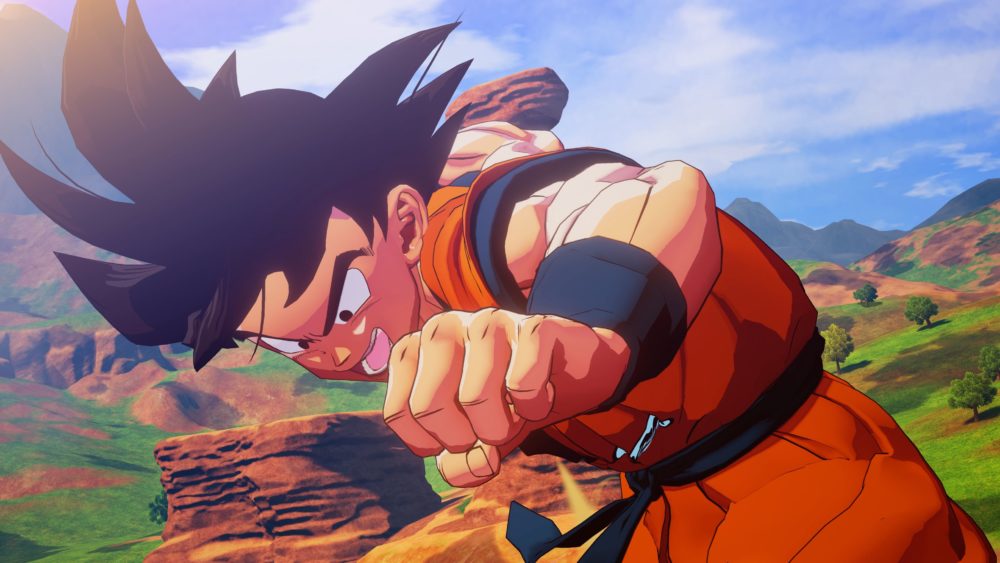 Following today’s reveal at the Xbox Press Briefing at E3 2019, Bandai Namco reached out with a press release with more information and official assets.

First of all, we get a batch of screenshots, which include one with the UI, showcasing what the game will actually look like on our screens.

Secondly, the announcement includes a fact sheet revealing that we’re getting both Japanese and English voice overs. Subtitles will be English, Italian, German, French, Neutral Spanish, and Brazilian Portuguese. The game, developed by CyberConnect2, appears to be completely single-player.

We also get an official description, including hints of some interesting features.

“Relive the story of Goku in DRAGON BALL Z: KAKAROT! Beyond the epic battles, experience life in the DRAGON BALL Z world as you fight, fish, eat, and train with Goku. Explore the new areas and adventures as you advance through the story and form powerful bonds with other heroes from the DRAGON BALL Z universe.”

Dragon Ball Z: Kakarot is an action RPG and releases in early 2020 for PS4, Xbox One, and PC.