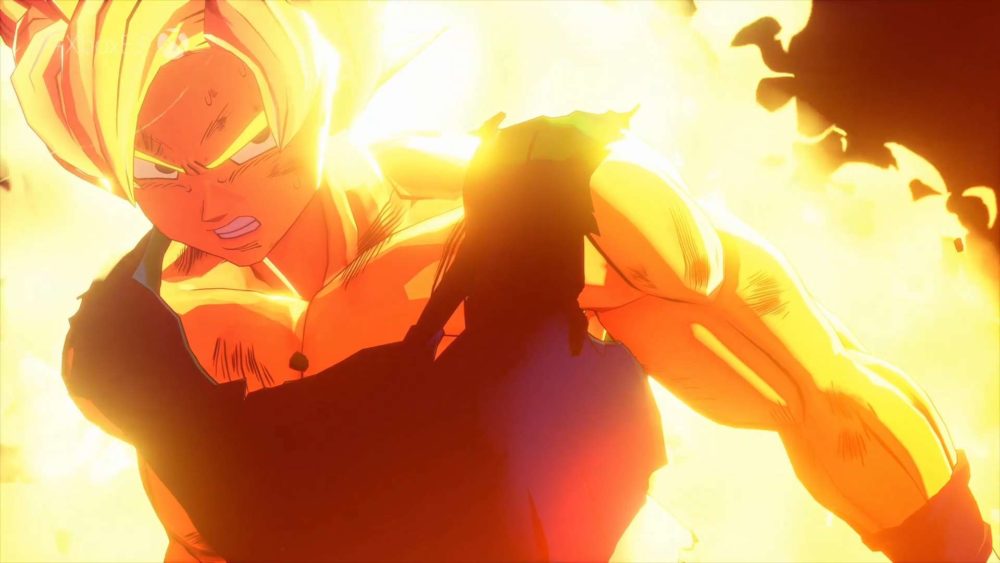 Dragon Ball Project Z has received a new teaser trailer, showing off new details tied to the game set against the story fans have come to know inside and out.

Streamed during Microsoft’s E3 2019 press conference, the trailer showed off some of the key story moments and battles players would take part in as they played the game.

These included standard encounters and battles from the series, including the Z Fighters’ confrontations with the Saiyans, Goku’s clashes with Frieza on Planet Namek and much more.

While none of the moments are anything fans haven’t seen in past games, they did boast a considerable graphical sheen over past offerings; namely key moments like the deaths of Krillin and Vegeta at the hands of Frieza.

However, there were small details scattered here and there which gave players a glimpse of the action they’ll be able to experience.

One screen in particular saw Goku flying in and out of the way of a flurry of beam blasts thrown by Frieza, all while trying to set up his own attacks in response.

The game likewise received two bits of official news tied to its release: The first is that game is now titled Dragon Ball Z Kakarot, and the second is that it now has a release window of early 2020 on PC, Xbox One and PlayStation 4.

Dragon Ball Z Kakarot’s teaser trailer was only one of several announcements made at the Microsoft press conference. Other titles like Cyberpunk 2077 and Gears of War 5 also received new info, trailers, and release date reveals.

For all the latest news on these and so many more games, head on over to Twinfinite.net’s homepage.