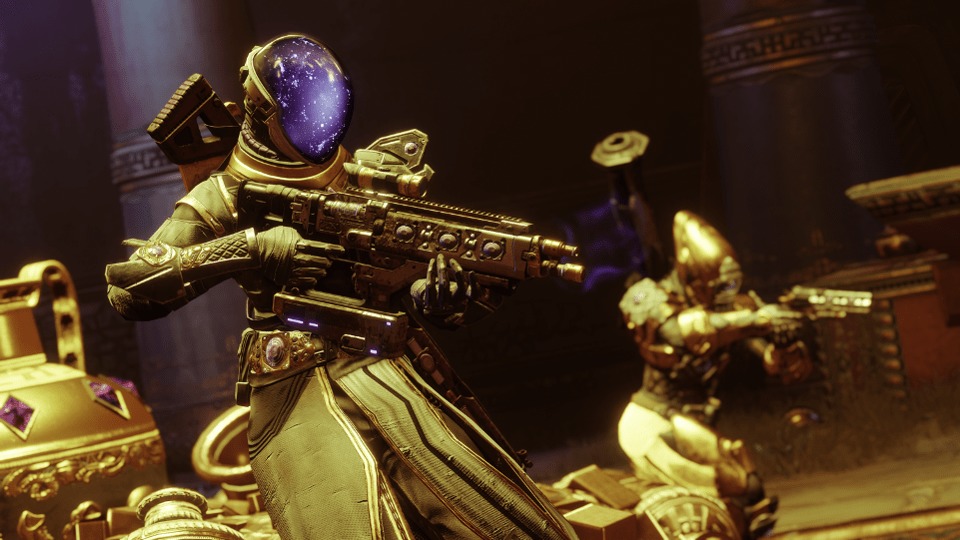 Locating the Well of Flame Treasure in Destiny 2

The Well of Flames is more or less a pretty random place in Destiny 2 on Nessus. It’s not really that relevant for anything that most players, and is unlikely a place you remember well.

That said, it’s relevant for Season of Opulence, specifically for the first treasure map quest that you can embark on. So allow us to show you where to go and then where to find the treasure. It’s quite simple actually, X marks the spot after all.

All you need to do to get to the Well of Flame is to spawn in on The Cistern on Nessus. From there, head towards the Pools of Luminance, AKA the vex milk ponds and go west.

You’ll see a large vex spire sticking out of the radiolarian fluid (vex milk) surrounded by some Cabal. That’s where the Well of Flame is located. On your map it’s also labeled as such on the bottom right hand corner of the Nessus map.

Look directly above the marker for the Leviathan and Nessus Orbit and you’ll see Well of Flame marked there already for you.

Once there, go up the spire until you can actually enter it. You’ll eventually see a big drop down. Hop on down there. Turn around and you’ll see the teleport back up. However, behind a rock nearby you’ll see the treasure chest peeking out (see picture)

That’s all you need to know about where to find Well of Flame treasure in Destiny 2 for season 7, the Season of Opulence. Good luck completing your objectives to complete your Chalice of Opulence, get imperials, and work towards obtaining some of the fancy new Calus themed gear this season.

Comments
Continue Reading
Related Topics:Destiny 2, How to, PlayStation 4, ps4, season of opulence, well of flame, where to, Xbox One

The Legend of Heroes: Hajimari no Kiseki Gets Screenshots & Details About the Heroes of Class VII