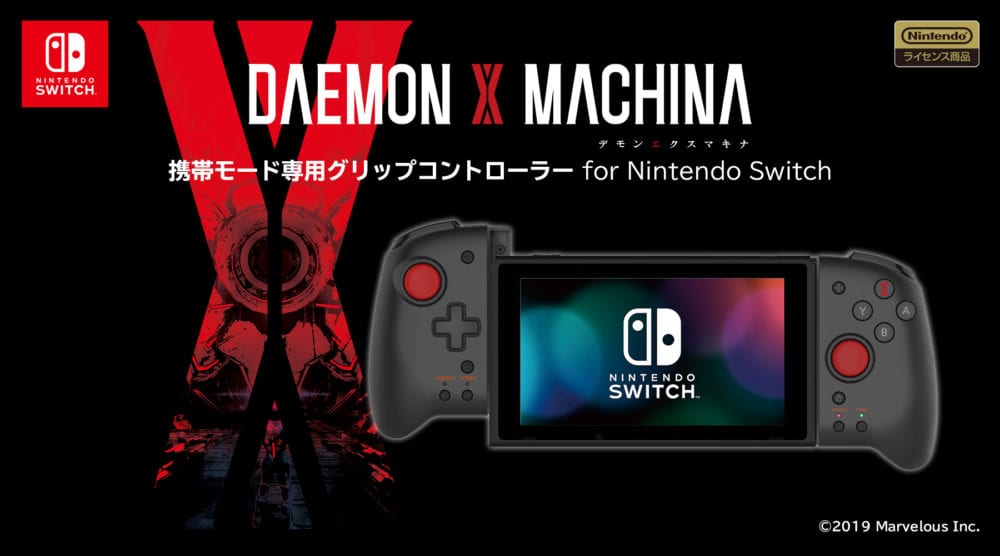 Hori is known for a lot of interesting controller ideas, and some that are a little bit “Out there.” Following the E3 reveals, they announced two more for Dragon Quest XI S and Daemon X Machina.

The Dragon Quest Slime Controller for Nintendo Switch is exactly what it says on the tin, and it’s similar to another launched for PS4 when Dragon Quest XI first released in Japan.

It looks like a slime, it feels ergonomic pretty much like a punch in the teeth, and it even comes with a cardboard chest-shaped stand that can accommodate both the controller and the Switch, and a little crown for the slime. Just in case you have no shame and you want to display it.

It comes with both accelerometer and gyro and an autofire feature. The battery is built-in and the finish is rubbery for a better grip.

The Daemon X Machina Grip Controller for Portable Mode for Nintendo Switch (yes, the name is a mouthful) has a design paying homage to the world of the game and a shape designed for an easy grip. It includes back buttons that can be programmed with your favorite input to facilitate complex in-game controls. It even comes with a continuous fire feature that can be assigned to 5, 10, or 20 inputs per second.

It doesn’t work in TV mode and tabletop mode and lacks pretty much all the bells and whistles of the normal Joy-cons, like the gyro sensor, the IR camera, the accelerometer, the HD Rumble, and the NFC. It comes in September 2019 for 5,162 yen, translating into approximately $48.

You can take a look at both below. At the moment, neither has a western release announced.