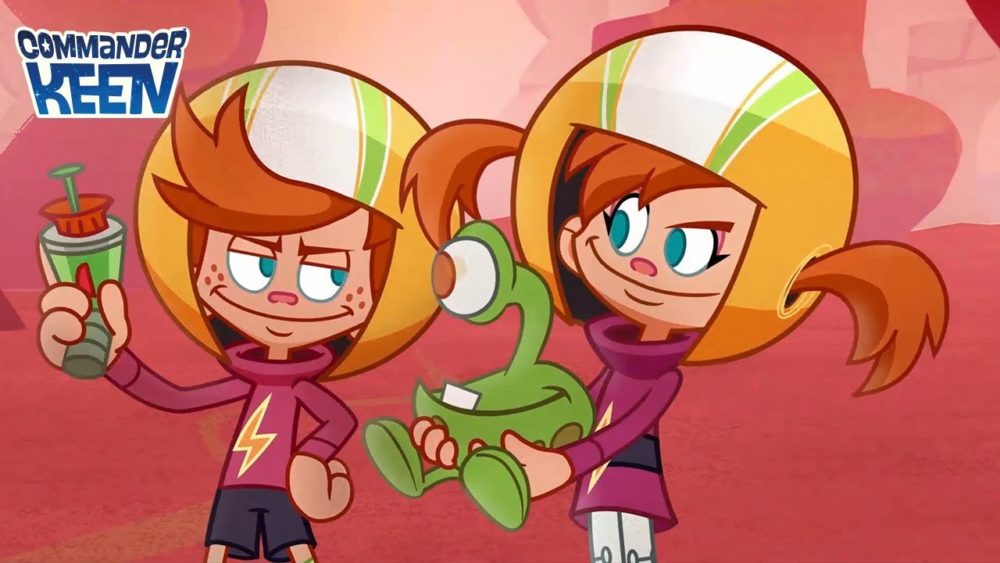 Id software is known for many games. While its most famous titles are DOOM and Wolfenstein, the studio also produced a little game known as Commander Keen that is finally back in the limelight thanks to Bethesda.

During E3, Bethesda announced a new Commander Keen game, which will be a free mobile title that stars the twin geniuses Billy and Billie. The game will feature a Saturday morning cartoon aesthetic, as well as a cartoonish sense of humor given Billy and Billie have to fight off evil aliens with high-tech, improvised gadgets. However, since the announcement trailer has one instance of (bleeped out) cussing, Commander Keen might not necessarily be made for children.

Judging by the gameplay displayed during the conference, this new Commander Keen game will utilize a simple card-based battle system. Players will be able to drag and drop these cards onto the game screen to summon allies and attack enemies. Moreover, the game will feature a story mode that lets players defeat aliens and collect new power-ups, as well as a competitive mode where gamers can fight each other helmet-to-helmet in defend the flag battles.

Commander Keen is scheduled to soft launch later this summer on iOS and Android devices. Only time will tell if BJ Blazkowicz and the DOOM Marine appear in the game since they are canonically related to Billy and Billie.