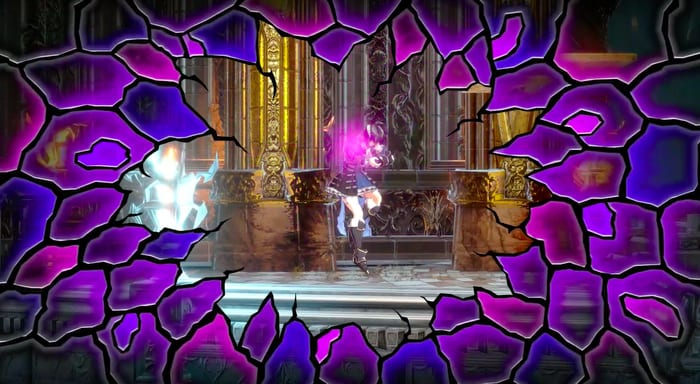 Bloodstained: Ritual of the Night is finally out, and if the game’s newly released launch trailer is anything to go by it’ll be packed with more than enough content to satisfy backers and fans alike.

Streamed by the game’s official YouTube account on June 18, the trailer opens up with Bloodstained’s designer Koji Igarashi going over what the game will offer.

“With an army at my back, I have returned to make a game the way it should be done,” Igarashi says. “Quality first! Accepting criticism! Twice as big as my last game! 13 DLCs for free!”

Of course, he does this in as much of a Koji igarashi way as possible. Haunting organ music plays in the background, and an unknown person is strapped to a medieval torture device in the foreground.

The trailer then goes on to show off the game in action. Miriam, Bloodstained’s protagonist and player character, can be seen blasting, smashing and otherwise dispatching undead and demonic creatures with a variety of weapons and skills.

It likewise teases the many character customization options players can use, from simple color swaps to different outfits, masks and cosmetic items that can make the player’s version of Miriam feel like their own.

Finally, it wraps up with a quick rundown of the different modes and bonuses players can look forward to as DLC, including what appears to be the ability to dawn the armor and weapon of the iconic indie game character Shovel Knight.

It’s certainly something that needs to be seen to be believed, so be sure to check out the trailer below.

Bloodstained: Ritual of the Night is currently available on PlayStation 4, Xbox One and the Nintendo Switch. For more on the title, check out one of its more recent gameplay demonstrations from Bitsummit 7 Spirits in Japan.