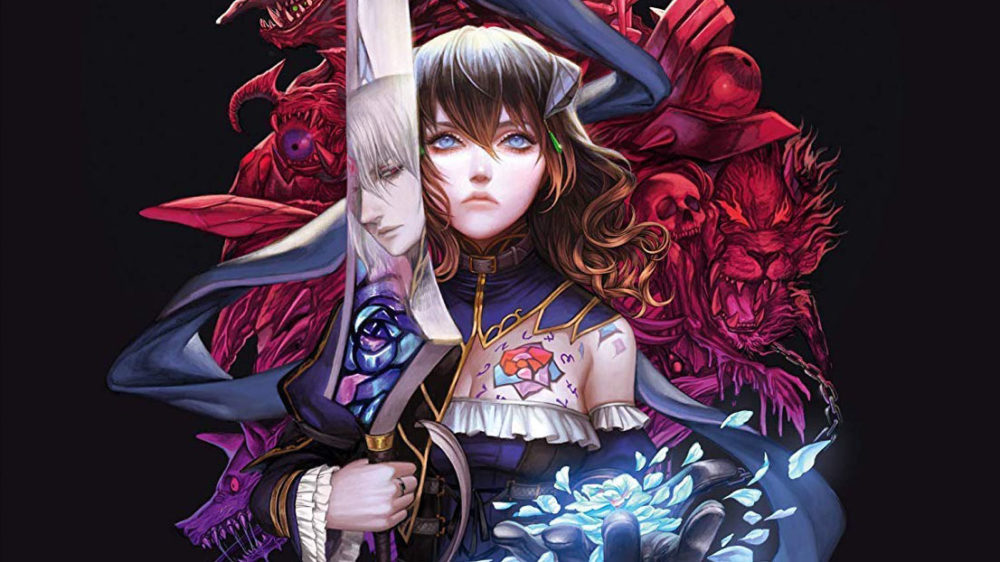 During a stage event at Bitsummit 7 Spirits that is currently going on in Kyoto, Koji Igarashi showcased his new game Bloodstained: Ritual of the Night.

Igarashi-san explained that he has been polishing the game and increasing the quality, and then moved on to play the game himself on PC.

We get to see a book that offers hints to solve puzzles and animated portraits of backers serving as enemies. More hints are provided by the Fairy summon that can follow Miriam, alongside healing her.

At some point, we get to see Igarashi-san picking up gems, which are used for crafting, and a sofa used to rest.

Interestingly we also get to see a large enemy with a shield that has been designed by a backer as part of the rewards. It drops an ability shard that lets you use a shield that you can aim in 360 degrees.

In the end, Igarashi-san fought one of the game’s massive boss, which unfortunately managed to put an end to the legendary developer’s struggle. That being said, he mentioned that the game can be a bit easier then his past games if one uses the RPG and crafting elements to their best effects. Yet, he was trying to play the level quickly, and if you do that, the game can be very challenging.

We recently learned that Bloodstained: Ritual of the Night will release for PS4, Xbox One, and PC on June 18, while the Switch version will launch on June 25.