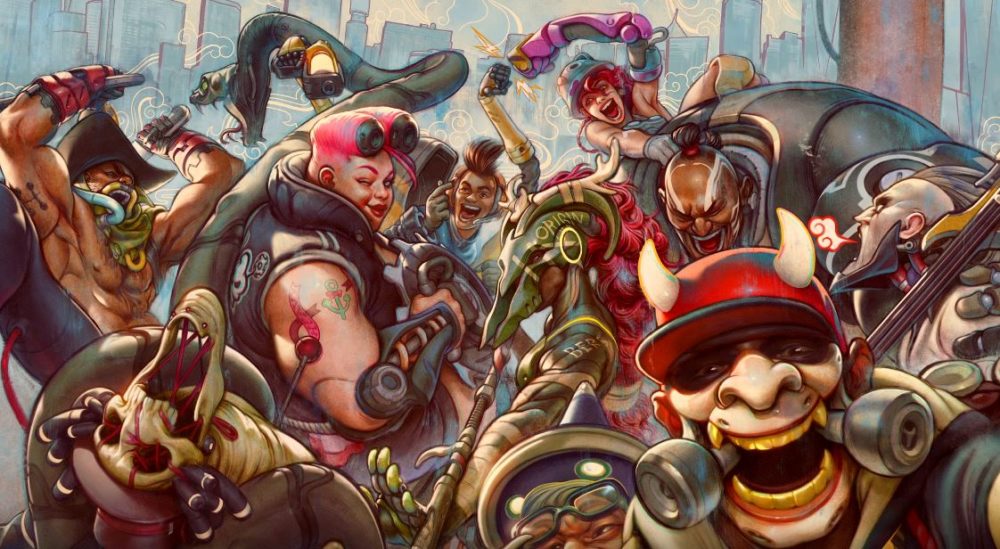 The trailer begins with some interesting looking and colorful characters walking across the screen about to face off against an opposing team of four.

The game seems to have an Overwatch feel in terms of its character design with names for them and unique abilities at each’s disposal. We get some snippets of the combat in action, with some hand to hand melee, arcade-like shooting, and even at one point, we see a staff-wielding character hit another player into a moving train.

Bleeding Edge is being crafted by developers within Ninja Theory who have worked on such games as Heavenly Sword, Enslaved, DmC: Devil May Cry and Hellblade. The combat director of DmC: Devil May Cry, Rahni Tucker took to the stage to talk about how this game is a passion project for her and the team.

The game will be bringing high-class combat action within the scope of a team-based online game, something that hasn’t really been done since a game like Anarchy Reigns by Platinum Games and Sega.

This new type of action-arena brawler is coming to Xbox One and PC with a technical alpha coming to players on June 27 this year. Gamers can sign up for the alpha on the official page for Bleeding Edge.

Feel free to check out the trailer for Bleeding Edge below: